26th January is a 1956 Indian Bollywood social film released on 1956. The film is directed by Ramesh Sehgal.
IN A LAND of simple, innocent, good people a vast land and bountful, there lived a beautiful girl named Bharti. She was the darling of the people, gifted by nature with all the graces. There was a legend about her that wherever she danced and sang, spring would set in, and that if she cried pearls would spring forth from her eyes instead of tears. . This creature of beauty and hoy had given her heart to a handsome, well built, young man Jana. . She spurned the love of Dhani who, in chargrin, sought the help of some foreigners and kidnapped Bharti. . They could not carry her away without a fight, of course. During the fight Jana was seriously wounded. The foreigners, governed by a Queen, appropriated Bharti to themselvas instead of handing her over to Dhani They wanted her for themselves because they knew that whenever they learned that she had been kidnapped, went to a temple and prayed to God for help ingetting her back. All of a sudden a Rishi appeared on on the scene and undertook the responsibility of getting Bharti back for the people. . The queen of the foreign country resorted even to violence in order to make Bharti dance. Much against her inclination, when Bharthi danced spring set in for the foreigners on the other hand Bhartis own land was ruined. Jana had been languishing for his beloved, and he swam across the channel to meet her only to be arrested by the foreigners He however cast a spell over the Queen, who fell in love with him. Since he was unwilling to submit to her she tortured him. Bharti had to dance again and again to save Janas life and as a redult her country was ruined furthemore. . Dhani had by now become a stooge of the Queen. One day the Queen conspired with Dhani, against Jana. Bharti was incapacitated for dancing as well as singing, so put to death. He was cast, from the top of the Fort, into the sea, But fortunetely he was saved. He returned again and again, to rescue his beloved, but without avail. Ultimately he was arrested agin. This time he was thrown to the hungry lions. He however munaged to save himself. The people of his country rose in revolt and a fierce fiht raged. Jana and Bharti both were rescued. But it so happened that Bharti was again kidnapped by Dhani from whom Jana had to rescue her again. . Another fierce fight was about to be waged when the Rishi who had awakeded the people for the first struggle, admonished the people for the first a friend of Janas killed the Rishi. The last mesage of the Rishi was thean follwed by Jana, who snatched Bharti from Dhanis clutches. Dhani, chargrined, stabbed Bharti. Jana who thought Bharti was dead, dreamed about going to heaven in search of his beloved. There in a heaven a dabate ensued between the war lords and the peace loving people. Ultimately Jana got Bharati back. Check out this page for more updates on 26th January. 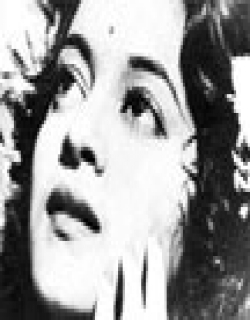 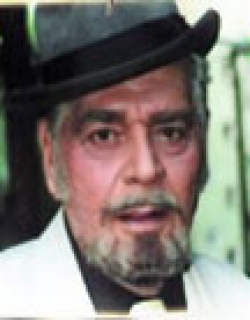 This page provides latest and updated information about 26th January (1956) movie which released on 1956. 26th January (1956) is directed by , produced by , starring .We have also provided 0 trailers and videos, 0 photos, 0 user reviews, and 0 critic reviews.You can review, like, dislike this movie and also can add to favorites. You can also find information on showtimes, CDs, DVDs, online rental, online free watching.