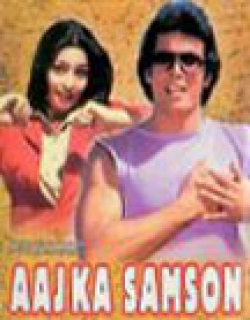 Aaj Ka Samson is a 1991 Indian Bollywood action, romance film released on Jan 01, 1991. The film is directed by Kuku Kapoor, produced by Kuku Kapoor.
The story starts with two kids named as Samson and Reshma Singh. They both get grown up in Central India, and would like to remain together with each other forever. But, Reshma's uncle named as Mangha, has other things reserved for her, he exploits Samson, and takes Reshma with him to the city. Years go by, Samson and Reshma have both grown up, and live nearby but are not aware about each other’s well being. Samson has already selected his love for a young lady named Juliet, while Reshma is supposed to get marry to Mangha's son named as Sangha. Destiny brings both Reshma and Samson together, and their love towards each other again starts growing, much to the dismay of Karan Singh, Reshma's sibling and Mangha. Both plan a wily scheme to not only separate the two lovers, and tries to kill Samson.

Two children, Samson and Reshma Singh, grow up in Central India, and would like to remain together forever. However, Reshma's uncle, Mangha, has other plans for her, he assaults Samson, takes Reshma with him to the city. Years later, Samson and Reshma have both grown up, and live nearby, but are unaware of each other. Samson has already pledged his love for a young woman named Juliet, while Reshma is expected to marry Mangha's son, Sangha. Fate brings both Reshma and Samson together, and their love for each other is rekindled, much to the chagrin of Karan Singh, Reshma's brother and Mangha. Both plan a devious scheme to not only separate the two lovers, but also kill Samson in the process.

Small kid Samson and small girl Reshma were very good friends. Manga could not bear their friendship. He got Samson fatally attacked with sword. News of Samsons death reached Reshma. Her father took her to another city for consolation. But almighty God saved the life of Samson. Samson left in search of Reshma. Years passed, he could not trace his love Reshma. Muscular -strongman Samson and Reshmas brother Karan Singh become enemies. Karan Singh set his batallion of hechmen to attack Samson but Lata defeated them. Reshma met Samson but they could not recognise each other. Juliet who was a friend of Reshma, had one-sided love with Samson. Reshma who had forgotten her childhood, suddenly regained and got remembrance of childhood. Juliet came to know this she sacrificed her love. Karan Singh got boiled and furious when he came to know Samson-Reshmas love affair. Karan Singh announced war against Samson. Reshma took oath of brothers head that she will never meet Samson. Samson came out openly to fight and win over his love. Karan Singh was shocked to know that his uncle Manga was after his wealth. Karan Singh changed his mind married Reshma to her love Samson. Check out this page for more updates on Aaj Ka Samson. 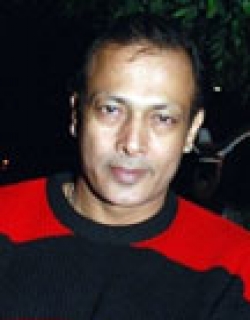 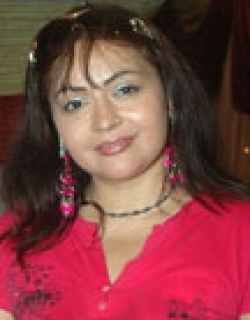