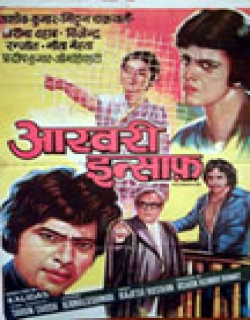 Aakhri Insaaf is a 1980 Indian Bollywood drama film released on 1980. The film is directed by Kalidas, produced by Ashok Kumar Rawat.
Kiranmala Chowdhury, the charming secretary and mistress of the young business tycoon Veerendra Saxena, is charged with murdering her boss and lover, and being prosecuted in a court of law for that alleged crime. She is alleged to have murdered him in her flat, then soaked his body with petrol, set fire to it, and thrown his burning body down from the terracce of her pent house on the twentyfifth floor. The redoubtable public prosecutor, Sanjeev Kumar Chenoy, marshals and presents before the court a number of witnesses including an eye witness to the alleged murder, and in the process tries to depict how the accused Kiranmala, who was being kept in utmost comfort and luxury by the deceased Veerendra married Monica Bajpayee, and immediately thereafter dismissed Kiranmala from service, and refused to see her face any more. The prosecutor emphatically asserts before the trial court that the accused Kiranmala, after being acustomed to luxorious living for a number of years, found herself almost stranded and without any financial support, and she decided not to permit the deceased to lead a reformed and decent life with is wife Monica, who had the culture, carriage and charm of a noble lady. . The Defence, counsel, Suryakant Desai, tries his best to prick holes in the evidence produced by the prosecution and by clever cross-examination throws the prosecution witnesses off their balance and when the stage arrives for the defence to lead its evidence, counsel Desai first contends that it was a ccase of suicide by an ambitious empire builder, whose gamble in business totally failed and with the resultant ruin and bankruptcy staring him in the face, he decided to take a short-cut to oblivion by jumping from 25th floor pent house of the accused, which latter unsuccessfully tried to prevent. Kiranmala, proudly declares in the court that for Veerendra sake, she could commit any crime...She could die for him, she could kill for him... . In the court re-assembled after reccess, startling revealations are made in course of fresh evidence and testimony, and all present in the courtroom are led to visualise how a horrendous crime was committed by whom!! Check out this page for more updates on Aakhri Insaaf. 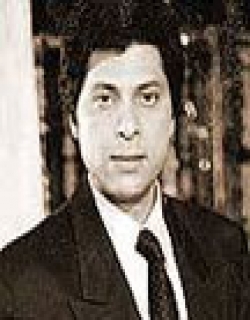 This page provides latest and updated information about Aakhri Insaaf (1980) movie which released on 1980. Aakhri Insaaf (1980) is directed by , produced by , starring .We have also provided 0 trailers and videos, 2 photos, 0 user reviews, and 0 critic reviews.You can review, like, dislike this movie and also can add to favorites. You can also find information on showtimes, CDs, DVDs, online rental, online free watching.