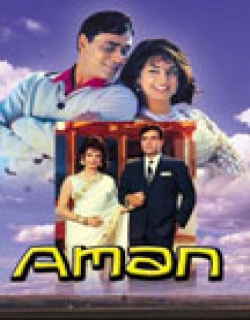 Dr. Gautamdas (Rajinder Kumar) attains his qualifications in London, England, and with the blessings of Lord Bertrand Russell (himself), returns to his home country and his dad (Balraj Sahni). Much to the disappointment of his dad, Dr. Gautamdas decides to re-locate to Japan, which has been devastated by the explosion of atom bombs on two of it's cities - Hiroshima and Nagasaki. There he meets with other doctors, and is given a tour of the patients and their families, and other survivors (Om Prakash, Chand Usmani, Baby Kavita). {Graphic scenes of the atrocities inflicted on innocent people} On a chance meeting with the beautiful Meloda (Saira Banu) he knows that they are destined to be one, and so does she. Meloda's dad is also a doctor (Chetan Anand). Meloda had studied in India and speaks Hindi fluently. Both fall in love amongst the splendour of Japan. This is Bollywood's homage to the bombings of Hiroshima and Nagasaki, a must see movie for all.

"Aman" (Peace) is the story of a man of peace named Gautam, a doctor by profession. He was just a child when his parents, along with many other Indians, left burma to flee to India, in the concluding days of the Second World War. The refugee caravan was bombed on the way and Gautam lost his mother in that air raid. The shock and memory of his mothers death in a war not of her making left an indelible impression on Gautams mind. . Gautams father set up practice as a lawyer in New Delhi and sent his son to study in London in the field of higher medicine. In London Gautam qualified as a doctor, but he never really wanted to earn big money from his knowledge. His heart was set on a distant goal and, one day, he went to meet Lord Bertand Russell to seek his blessings. Young Gautam had made up his mind to go to Japan and serve the victims of nuclear radiation in that country. . When Gautam returned to New Delhi to meet his father, the old man was happy that his son had returned to become a big doctor in his own country. But he was taken aback to learn that Gautam did not intend to practice in India; he wanted to go to Japan. Gautams father argued in vain that there was no dearth of qualified and highly specialised doctors in Japan, but Gautam answered admantly that today the sorrow of any one country was the sorrow of entire mankind and the problem of radiation victims of the atom bomb was one that could confront any nation at any time, be it Japan or India. His father in his wisdom understood the selflessness and idealism of his son and gave him his consent to proceed to Japan. . In the Japenese city of Hiroshima, Dr. Gautam secured a position in the Michiko Memorial Hospital. There he saw the patients; patients wtih the incurable cancer of the blood, patients who had lost their eyesight, patients most of whom could be described as the living dead, patiently or impatiently awaiting their doom. There was no cure for them, because they had been touched by the lethal readioactive rays of the atom bomb which not only doomed them but also the generations to come. . Dr. Gautam was overwhelmed by that he saw; it was beyond anything he could have imagined. The reality was more horrible than any fiction. With a single minded determination, he set about the task of finding a cure for these unfortunate patients of a man-made malady. . In the course of his stay in Japan, Dr. Gautam met Minoda, the beautiful daughter of the founder of the hospital, In a temple they both found that their destinies were interlinked. A chance meetings was followed by a meeting at her residence where her father introduced to his daughter the young doctor from India. Dr. Gautam learnt that like him, Minoda too had lost her mother in the second world war; a victim of the Atom Bomb, and, forget the memory of Hiroshimas disaster, Minoda had gone to India and spent her early adoloscene in Shantiniketan. . Dr. Gautam and Minoda soon developed a quiet friendship which matured into intense love. When Dr. Gautams round-the-clock work in the hospital, tired him out and he became a victim of farigue. On medical advice Minoda took him round her country on a trip of rest and holiday She showed him the Chuzenji lake, the cities of Japan and the Nara Deer Park. . Dr. Gautam, now a popular figure with the patients of the hospital, discovers a medicine which promises a major breakthrough in the search for a cure for the victims of the atomic radiation. The news of his discovery is flashed in every newspaper in the world and suddenly there is hope in the medical circles that Dr. Gautam may achieve the impossible before long. But it was not to be. Dr. Gautam was infomed at an emergency meeting of the hospital authorities that a group of fishermen were affected by radioactive rays as a result of an Atomic test in the Pacific ocean. Dr. Gautam volunteered to go to their rescue; he was warned that deadly radioactive clouds had formed over the island and if they burst, it could be disastous for the rescue squad. But Dr. Gautam disregarded the warnings and set out on his mercy mission in a trawler boat. . Just when the rescue operations was being concluded and most of the fishermen had been brought on the trawler, the radioactive clouds burst and nuclear rain fell on Dr. Gautam. He developed high fever and was admitted to the hospital which he served in so dedicated a fashion. . But no final cure had as yet been discovered for lethal radioactive rays contamination; after a few days Dr. Gautam lost his eyesight, the first symbol of the impending disaster. The world applauded his sacrificing deed. Minoda, knowing fully well that he wont live for long, came to his room and with his hand made him apply the sindoor in the parting of her hair, in a symbolic marriage rite. In this birth or next, she had accepted him as her husband. . Then came the dreadful day; the patients and doctors of the hospital and the people of Japan bid a final farewell to Dr. Gautam. Minoda dressed in a sorrowful white, accompanied her husband on last journey home. At the Palam airport in New Delhi, Gautams father came to receive his son and there were millions others gathered to pay their homage to a man who gave his life to fight the horrors of the Atom Bomb. [Source: Booklet] Check out this page for more updates on Aman. 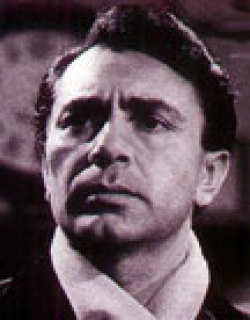 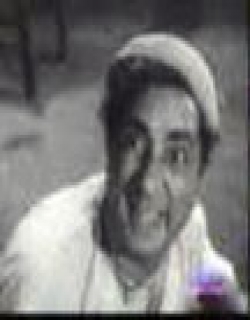 This page provides latest and updated information about Aman (1967) movie which released on 1967. Aman (1967) is directed by , produced by , starring .We have also provided 0 trailers and videos, 2 photos, 27 user reviews, and 0 critic reviews.Aman (1967) has received 2.2 rating from user reviews.The overall rating of Aman (1967) is 43 and movie is 2.2.Aman (1967) has won 0.001 crore awards.You can review, like, dislike this movie and also can add to favorites. You can also find information on showtimes, CDs, DVDs, online rental, online free watching.