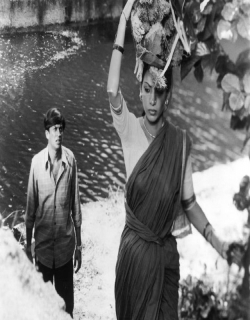 Ankur is a 1974 Indian Bollywood drama, social film released on Jan 01, 1974. The film is directed by Shyam Benegal, produced by Mohan J. Bijlani.

Ankur is a film that analyzes human behavior in general and heavily stresses characterization (though the story is not fictional). The story revolves around two characters, Lakshmi and Surya.Ankur is also there.

Lakshmi (Shabana Azmi) lives in a village with her husband Kishtayya (Sadhu Meher), a deaf-mute Dalit alcoholic potter who communicates using gestures. At the beginning of the film, during a village festival, she claims (in a prayer to the village goddess) that her only desire is to have a child.

Surya (Anant Nag), the son of the village landlord, has just finished his studies in the nearby city of Hyderabad. Surya's father (Khader Ali Beg) has a mistress named Kaushalya to whom, he claims, he "gave the best land in the village." They have an illegitimate son named Pratap. The landlord forces his legitimate son into a child marriage with Saru (Priya Tendulkar). Because Surya must wait until Saru "comes of age," he begins to feel sexually frustrated.

He is then forced to administer his share of land in the village. He is to stay in an old house, and Lakshmi and Kishtayya are to act as his servants. Not long after his arrival, he begins introducing a number of measures (often controversial). For example, on his second day in the village, Surya (who already finds Lakshmi attractive) has Lakshmi cook his meals and make tea. This disappoints the village priest, who is accustomed to delivering food to the landowner, though at a higher price than Lakshmi asks.

On the same day, Surya also hires Kishtayya to ride his bullock cart and go on errands. The following day, he has Kishtayya collect fertilizer from the landlord's house. Surya uses Kishtayya's absence to try and flirt with Lakshmi but fails. In the meantime, the villagers gossip, and many (most notably the overseer, Police Patel Sheikh Chand) believe that Surya has already slept with Lakshmi and will treat her the same way the landlord treated Kaushalya: try to conceal the scandal by giving the mistress a plot of land.

Kishtayya is caught stealing toddy, after which he is publicly humiliated. He then leaves the village one night. In his absence, Surya and Lakshmi sleep together. A few days later, Saru arrives at the village. Saru does not approve of Lakshmi's presence, partly because Lakshmi is a Dalit and partly because Saru has heard the villagers' rumors. The next morning, Lakshmi begins suffering from morning sickness. Saru sacks her, claiming that she is too sick to work.

Many days later, Kishtayya returns, having cured himself of his alcoholism and made some money. Lakshmi is overwhelmed with a feeling of guilt, because she believes that she has betrayed her husband. On discovering Lakshmi's pregnancy, he salutes the village goddess at her temple. He then decides to try to ride the bullock cart again but carries a stick as he approaches Surya. Surya sees Kishtayya and mistakenly believes that Kishtayya is seeking revenge from him.

Surya has three men hold Kishtayya and then proceeds to whip him with a rope used for lynching. The commotion attracts others (including Sheikh Chand and Pratap) to the scene, and Lakshmi rushes to defend her husband. She angrily curses Surya, then slowly returns home with Kishtayya. In the final scene, after the others have left, a child throws a stone at Surya's glass window and runs away, and this is the 'Seedling'

Based on a rural backdrop, the film brings into sharp focus the conflict, fichleness, greateness in the minds of four charcters. A charming village girl, who is married to a dumb and deaf farmer, a rich farmers son, who has an affair with the farmers wife and his own immature young wife. The plot, however, surprisingly comes to a compromise with the age-old customs of our society. Check out this page for more updates on Ankur. 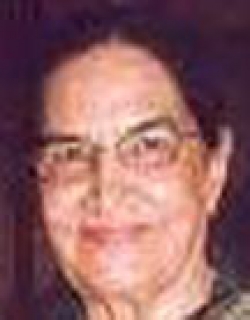