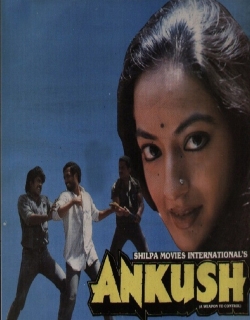 Four street smart guys & care free guys, Shashi (Madan Jain), Arjun (Arjun Chakravarty), Ravi (Nana Patekar) and Lalia (Suhas Palsikar) were against system of city because of rampant corruption from top to bottom. Arjun, who was well educated, a civil engineer but couldn't find a single job in city because of curruption , Shashi who used to work as a worker in United Press but his own men didn't support him, Ravi (Nana Patekar) once objected to his teacher for helping a guy in copying but instead of sir & that guy he is suspended for copying which he has not done. Once they get inspration from Anita (Nisha Singh) who used to work in Saxena Co. & was also a social worker and her mom (Asha Lata) to work hard. They will get everything. So the four guys open a printing press but Anita gets raped by her boss & a colleaque of her boss. So she goes to court, later but she didn't get justice. Because of her humiliation and inability to get revenge she later commits suicide. But later four guys take revenge, kill 3 people who were involved in rape case & surrender to police. Then later they realsed what they have done was wrong. In this way, everyone will take law & order in their hand & all will become enemies of one another & they understand the real meaning of life.

Ankush is a 1986 Bollywood movie staring Nana Patekar. It is a story of four young men, who feel disconnected with society and are wasting their life away when a new neighbour changes their perspective. The protagonists chage their attitude and try and blend in with the normal, honest and hard-working society of 1980s India when they are met with a tragedy. The movie shows how they take revenge for what they think, was a valid punishment for the crime. It also shows their distrust in the law of the land.

Chandras debut film propagates the cause of the fanatic Hindu party, the Shiv Sena, a link emphasised by the Hindi film debut of Nana Patekar. A gang of four educated but unemployed men are a law unto themselves. Reformed by a female guardian angel (Singh), the four briefly attempt an entrepreneurial life until the woman is raped by the very gang leader (and his masters) against whom the youths fighting. Revenge is swift, as is their repentance, creating a cyclical story of violence and regret. The film unshamedly rehearses Bombays Shiva Sena ideologies: unemployment is the devils workshop, industry is controlled by rootless outsiders (North Indians, mainly who prosecute and exploit the natives. The relentless violence culminates in the four thugs, presented as heroes, being reminiscent of Indias nationalist freedom fighters. [Source: Encl] Check out this page for more updates on Ankush.

This page provides latest and updated information about Ankush (1986) movie which released on Jan 01, 1986. Ankush (1986) is directed by , produced by , starring .We have also provided 0 trailers and videos, 2 photos, 4 user reviews, and 0 critic reviews.Ankush (1986) has received 4 rating from user reviews.The overall rating of Ankush (1986) is 80 and movie is 4.You can review, like, dislike this movie and also can add to favorites. You can also find information on showtimes, CDs, DVDs, online rental, online free watching.