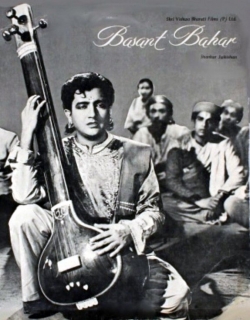 Gopal [Bharat Bhushan],is the son of the Royal astrologer [Raj Jyotishi], Om Prakash. Instead of pursuing his fathers career, Gopal wants to become a successful singer. This is a strong bone of contention between the son and his father. Gopal's mother Janaki [Leela Chitnis] is forever struggling to make peace between them. Gopal loses his voice during a singing competition, which is won by his neighbour Mallayya, who is also the son of the Royal Singer [Raj Gayak]. While mourning about his defeat, Gopal happens to meet Gopi [Nimmi], who gives him a musicial instrument and asks him to sing. The two fall in love gradually. Gopal soon finds out that Gopi is a dancer who works for an evil brothel /dance house owner, Leela Bai. Soon after, Gopal manages to defeat Mallayya in a singing competition at a royal gathering. Therefore, Mallayya goes all out to make things difficult for Gopal. Due to Malayyas scheming and a twist of events, Gopal is forced to meet Lehri Baba [Manmohan krishna] who is an extremely good singer. Gopal wants to make Lehri Baba his teacher. However, Lehri Baba with his persistence and talent makes him a great singer. Before his death,;ehri bab asks gopal to find his estrange daughter, who had been abducted by a dancing girl. Gopal realizes that Gopi is Lehri baba's daughter. He pawns his voice to earn money to free Gopi from Leela Bai's control. This doesn't go down well with Gopi, until she realizes Gopal's sacrifice. She decides to give in to Mallayya's scheming ways and sells herself to the King [Chandrashekar] to get money to buy back Gopal's voice. Meanwhile Emperor Tipu makes an entrance in the scene. He scolds the King for whiling away his time in vices, instead of ruling his Kingdom wisely. Tipu Sultan's wife expresses her desire to listen to Gopal's sacrifies. As he is struggling about his decision to not sing for Tipu Sultan's queen, Gopi commits suicide to escape humiliation at the King's hands.

This is story of mortal love....love that echoes in the corridor of TIME through immortal melody. . In the house of the Rajjyotshi of Chitaldrug State a child is born after many years of offerings to gods. He is named Gopal and when he grows up, his father is disappointed to find that he has no interest in the science of astrology. Gopal is fond of music and he practices it in spite of his fathers opposition. . Then comes the great event in Gopals life the musical competition for the position of the Court Singer. But Mallayya, his rival, drugs him to the eve of the competition day and Gopals voice is badly affected. He has to suffer the humiliation of Mallayya winning the competition. . Gopi, the beautiful daughter of the famous songstress Neela Sani, meets Gopal accidently in a temple. She had always a soft corner for him and when she sinds that he has lost his voice, she is overcome with pity for him. . Pity, soon changes into love the youthful lovers, Gopi and Gopal find a dream world of their own. They meet frequently in the first flush of youthful love, blissfully unaware of the consequences of their romance Gopals father frowns on their meetings when he comes to know of them. Sarkar, the ruler of Chitaldrug State, who had since long had his eyes on Gopi and cherishes a desire to possess her, also becomes furious. . Gopal one day hears the voice of Lehri Baba, one of the great singers of his time. After recovering his own voice, he follows Lehri Baba into deep forests, wandering in a world of music, with a flute as his sole companion. . As chance would have it, he is destined for greater achievements. He learns mucis from his new teacher and once again the land echoes with his immortal songs. . Tipu Sultan, the great Emperor, learns of his fame and sends a message through Sarkar to arrange for the Queen to her Gopals songs in the palace. But Gopal has said farewell to the world of courts and palaces he coldly rejects the invitation, saying that anyone who wants to hear his songs can come to the temple where he usually sings. . Disillusioned in mind and carrying in his heart the scars of a lost love, Gopal sings his last song in the temple, a song that would transcend the barriers of life and live for ever. Among those who hear the song are Tipu Sultan, who comes there personally in a desperate hurry to save the life fo the great singer, and Gopi, who even after she has poisoned herself, rushes to the temple to dissuade him from making the supreme sacrifice. . But they are both too late to save the tragedy. He sings his last song and then cutting off his tongue and laying it at the feet of the statute of the Goddess as his Last Dedication, passes away to find his palsce in the Hall of Fame, dimly conscious of the fact that Gopi too foolowed him in Life. Check out this page for more updates on Basant Bahar. 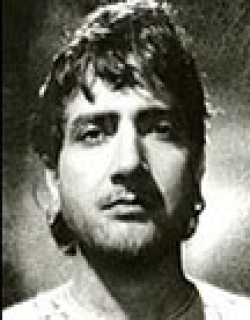