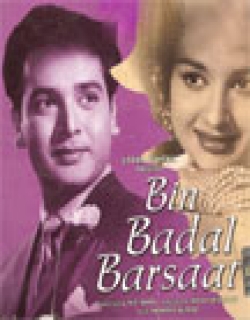 Prabhat (Biswajit) and Sandhya(Asha Parekh) meet and fall in love with each other, at first sight. Sandhya is the only daughter of a Doctor, and Prabhat belongs to a rich family of Thakurs. One day Prabhat gets a letter written by his father. In that letter, his father disclosed a secret about their family. Severals years ago, a Thakur from Prabhat family had an affair with a Banjara (Gypsy) girl. But that Thakur got married to another woman betraying that poor girl. The girl's father placed a curse on the entire Thakur family that whenever a men from his family marries, his wife will die within a period of one year. The curse has come true over all these years and none of the Thakurs have ever escaped this. But Prabhat takes a stand and promises Sandhya that he will not let anything happen to her. Prabhat goes in search of solution and meet a Banjara group. But the Sardaar of this troop is in no mood to help Pratap. Sandhya convinces Pratap for this marriage saying that she believes in the true love. But on the every engagement day, the Sardar comes with troups. They dance in the engagement but vanish mysteriously. The shocking thing is that, the girls Reshma(Nimmi) who was dancing in the engagement look exactly like the same Banjara girl who had died years ago because of whom Thakur family is under curse. When Prabhat comes again to enquire, he learns that the dead girl is reincarnated as Reshma. Prabhat is the same Thakur who betrayed that girl and now reborned as Prabhat. The only way to escapes this curse is to marry Reshma, and save the upcoming generations. Prabhat and Sandhya are firm on their decision. They both get married. But the shadow of that curse is still there hanging on their heads. What happens next?

Prabhat wa a serious minded youngman....his best friend Sunder a happy -go-lucky individual. Sunders gay episodes and affairs of the heart often shook Prabhat, though his advice could do little to curb Sunder boisterousness. On the other hand Prabhat gave Sunder the opportunity to say, "But you, too have fallen in love". . It was a desperate call for help that brought about Prabhats meeting with Sandhya. In a lonely hill refion, near Prabhats ancestral home, a friend of Sandhyas had accidentally fallen into a ravine. Hours later prabhat chanced by, and together they managed to drag the injured girl up and to carry her to Prabhats home. A messenger was sent post haste to Sandhyas father Dr. Gupta. . Ere long, prabhat and the beautiful Sandhya were in love, yet Sandhya could sense that Prabhat was troubled by a weight on his mind. Sandhya did not know of the dreaded Gipsy curse, which hung over Prabhats family. Years ago, an ancestor of his had wronged a Gipsy maiden, and ever since no bride in their family had survived more than a year of married life. Prabhat told Sandhya of the curse, and said thaat he loved her far too much to risk losing her. Yet thier love was real.... sublime....and throught their love they gained the strength to fight forces of evil. . The news of Prabhats marriage spread like wild fire through the nearby Gipsy encampment. The tribal leader Homra Sardar, implored their Deity to seek revenge on yet another member of the family that had sinned against the Gipsises. It was said that the curse would be removed the day a member of Prabhats family married a Gipsy girl, and Reshma had entertained the fond hope that Prabhat might have taken a fancy to her to kill the curse for ever. His somewhat enexpected marriage dashed these hopes to the ground. . As the time of crisis passed, Prabhat and Sandhya faced a still more terribel danger at the hands of an insanely jealous woman. The emotions of hate and love explode and create an electrifying climax that surges across the Motion Picture Screen in a blaze of colour and splendour, and brings tolight the sterling qualities of a sincere friend who could leave behind his own flippancies in the desperate hour of need. Check out this page for more updates on Bin Badal Barsaat. 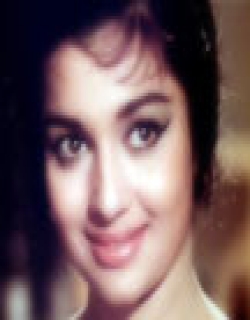