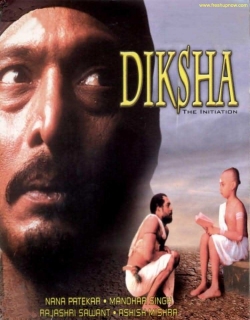 Diksha is a 1991 Indian Bollywood social film released on 1991. The film is directed by Arun Kaul, produced by Ravi Malik under banner named National Film Development Corporation.
This is the story of a father and his daughter who is widowed.In a weaker moment during the long absence of her dad, the young widow falls in love with a guy and they get intimate with each other. The lover is not ready to accept the authority. The widow is asked to abort.In the middle of the story, the dad is called back. He is asked to give his decision. He pronounces her girl as dead and does her 'Ghata-Shraddha' (a ritual where an unethical person is ex-communicated, pronounced dead and her last rites done when the accused is still alive, thus freeing her of all worldly relations).While the Brahmin community praises the guru, person’s revolt. The head disciple leaves the place; the child-novice goes back to his mom and dad; and the Koga debris the 'heaven' and 'restoration'

Diksha is movie about Brahmins, casteism, politics, tradition, and changes according to time in tradition. Udup pandit (Manmohan Singh) is Acharya (highest position among Brahmins) of one village, who follows Brahminism deeply and vigorously. He has one daughter who is a widow. She stays with him. Udup pandit dint ask her to shave her head. Udup pandit is not idealstic. He already has 2 students learning Brahman vidya in his gurukul. Both students are needy, a third student arrives who is Narayan Bhat (Master Ashish Mishra). He is fifth child of his dad whose all other sons had died. Nani was reserved and was often teased by other 2 students. But Yamuna (Rajeshree Sawant) daughter of Udup Pandit loves him enough for him to stay there. Nani starts learning things from Udup Pandit. Udup Pandit had one slave Koga (Nana Patekar) a sudra but obedient and an ardent follower of Udup Pandi, and he knows limits of his caste. Nani is attracted towards Koga, by his unusual activity. Both become friends. Yamuna had a relationship with a masterji from village. Udup Pandit has one follower named Shikhar Upadhyay. Shikhar, the young Brahmin, believes in what is wrong and right and not in tradition, but respect Udup Pandit a lot. When Udup Pandit leaves village for same yatra, Yamuna's relation develops further and she becomes pregnant. The entire village comes to know about Yamuna. Everyone starts abusing her by various ways. Masterji, her lover asks her to abort the chil and she does so. But, she still has to bear the heat. Other pandits from village especially Manjunath (Vijay Kashyap) who wants to become Acharya start playing politics, this pressurises Udup Pandit to make a harsh decision on her daughter, he begins her shraddh when she is actually alive. He finds her wrong and guilty about her relationship and that of killing her child. But Upadhay fights out. He declares revolt openly against that decision. Since he thinks there is nothing wrong in loving some one and that there is no one who can change this rule.

A small village in Karnataka in the early 1930s. Acharya Udupa is a noted Vedic scholar who teaches a few selected boys the Vedas and other holy Scriptures, which must be studied by all Brahmin aspirants if they wish to lead a life of devotion. An austere man himself, the Acharya demands rigorous discipline is Nanni, whom he has accepted with reluctance. Nannis one with the other disciples. Also living with the Acharya is his widowed daughter Yamuna, who is in love with a local school master - a forbidden abhorrent idea to the tradition bound society of that time. One day Yamuna discovers that she is pregnant and thus a target for the terrible fury of the orthodox society, including her ritual-bound father Check out this page for more updates on Diksha. 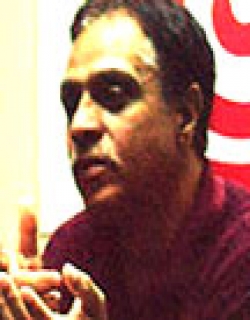