Do Bhai is a 1961 Indian Bollywood social film released on Jan 01, 1961. The film is directed by Vishram Bedekar.
A mothers life is often full of tears. The second wife of the late Babu Vishwanath shed tears of blood, when she saw her own son Shibu gradually turning into good-for-nothing wastrel under the influence of his scheming uncle Kashinath. Being aware of this the late Vishwanath had left all his fortune to his elder son Gopinath. . Gopinaths step mother loved him so much as if he were her own flesh and blood. She was neither surprised or sorry about the will. But Kashinath who grudged Gopinath for his discplined life, with his instigations succeeded in making Shibu hate and resent brother Gopinath. . Gopinath was humane at heart. He loved his brother more than his fathers wealth and sensing the estaranged relation did not hostitate to destroy the will. His wife Rukmani was the only other one who knew of this noble gesture. One day she revealed this to Shibu hoping that it might reconcile him to marry according to the choice of his family. But Shibu had already fallen in love with Kasturi the daughter of Rukmanis uncle barristar Manak Chand. . Manak Chand had long before promised Kasturis hand to another man. Shibu was adamnant that he would either marry Kasturi or remain a batchelor all his life. Gopinath took this burden of persuading Manak Chand upon his own shoulders but unfortunately Shibu misunderstood his brothers intentions and accused him for being in love with Kasturi. . Gopinath could not bear this insult to his innocence and character. He bequathed all his wealth to Shibu and along with his wife and child left the ancestral home for ever. . Did the brothers ever come together again? . Could Shibu live happily with his wealth? . Could the mother bear the shock with patience? . For answers to these all see the thrilling climax on the screen. [Source: Booklet]
Raj Karan, Nirmalas father and a Forest Officer of the State had brought up Jai from childhood like his son. With the coming of youth the playful comradeship between Nirmala and Jai had naturally changed into deep love. Sarala and Shiv karan, Nirmalas mother and brother, however, hated jai and they succeeded one day in ousting him from their home. On the eve of his departure from his foster fathers house while bidding good bye to Nirmala, jai saw a sort of hailucination-an escaped prisoner, who, as he found out later, was his own fater Narain who had come to request Raj Karan to allow him to take back Jai with him. Jai had to go away with his father. . Jai was sent by his father to Shivgaon Ashram in search of his first wife Kausalya and his son by her, prakash. . For the "crime" of loving a commoner-Narain Kausalya. the only daughter of the Thakor of Madanpur State had beeb turned away by her father and after the birth of her son Prakash, Narain also deserted her. The Guru of Shivgaon Ashram offered her shleter but she persuaded him to keep her son Prakash alone. Many yeara later, kausalya, while on her death-bed, sent for Prakash to tell him that he was the only heir to the Thakore of Madanpur. During the revelatio of the story Prakash also came to know of his fathers cruelty to his mother swore vengence on him. . When jai arrived on the spot on his mission he only saw Kausalyas funeral pyer and learnt that Prakash had left on some unknown mission. . Coincidentally when the Thakor of Madanpur started a search for his heir the Guru of Shivgaon Ashram, in the absence of Prakash, succeeded in having Jai installed as the Yuvraj. This upset the plans of the Diwan, who wanted his would be son-in-low, Shiv Karan, to be made Yuvraj. . Prakash and Narain met in strange circumstances and the fathers paternal love of the son overcame Prakshs anger and the father died a peaceful death in the sons arms. Later Prakash thereupon swore reveng on Jai and attempted to take his life in the procession after Jais wedding with Nirmala, but he was not destined to succeed. . When the Diwan found out that Jai was not Kausalyas son and had no claim to the Gadi, matters took a different turn and the Dewan succeeded in having jai imprisoned as an imposter. . Did Prakash kill jai? Did the Dewan succeed in his designs? Who become Thakore of Madanpur? All this will bw unfolded on the silver screen in its strange dramatic denouement. Check out this page for more updates on Do Bhai. 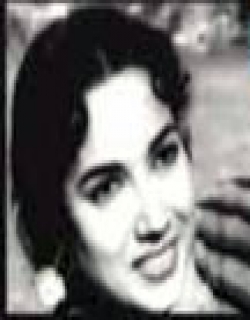 Reviews for Do Bhai

This page provides latest and updated information about Do Bhai (1961) movie which released on Jan 01, 1961. Do Bhai (1961) is directed by , produced by , starring .We have also provided 0 trailers and videos, 0 photos, 0 user reviews, and 0 critic reviews.You can review, like, dislike this movie and also can add to favorites. You can also find information on showtimes, CDs, DVDs, online rental, online free watching.