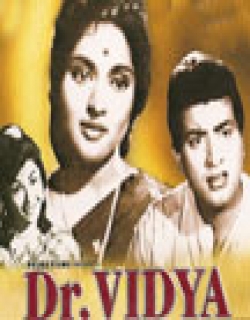 The movie was shot in an era when educated people in cities were getting influenced by the western culture hence the people from rural areas who placed a lot of importance to values and culture, strongly abstained from marrying into city people's homes. Geeta is a girl from a well to do family and is well educated, her parents had brought up her with traditional values and respect for those values. After her graduation, her parents decide to marry her off with Ratan Chowdhury, the son of a zaminder, who had the mind frame that a highly educated wife would be incapable of handling and managing a home, specially in a joint family. Later he marries Geeta but his mentality and the talk of others stop him from accepting her. He disowns her and poor Geeta has to go back to her parents' house.

Even after lot of insistence from her parents and friends she refuses to remarry. Instead she continues her studies to become a doctor. After garnering a degree in medical science she goes back to Ratan's village as Vidya. She wants to clear the wrong perceptions that Ratan has about her. Ratan couldn't recognise her, as he had not even seen her face, even during marriage. He falls in love with Vidya and intends to marry her, but one day during the annual cart race, Ratan meets with an accident and suffers a very bad injury post which needs surgery. Due to unavailability of any other doctor, Geeta has to do the job. She performs it successfully. Will Ratan accept Geeta in her new avataar?

Lala Hansraj, the village Patwari, and Hirala, the landlord, pledged that their children Geeta enjoyed the benefits of an excellent educat- ion. Geeta became a great firend of Shanta, though not sharing the latters fascination towards the superficialites of western culture. . Rattan, remaining at his village home, could only get an elementary education and grew up with firm convictions against higher education for women. A chance meeting with Shanta and her westernised friends,on a picnic near the village, further strengthened Rattans prejdices as he indentified Shanta with all educated women. . Blissfully unmindful of what might occur, their two fathers now went ahead with plans for the marriage of Geeta and Rattan. In the midst of the cermony, Shanta created an ugly scene by directing her mishievious jokes at the bridegroom and his villager companious. Assessing Geetas worth and character through the actions of her friends, Rattan felt his marriage was a blunder and he left the house on his wedding night without as much as setting his eyes upon his beautiful bride. . Helplessly Geeta was forced to retunr to her parents. Her father decided that she should resume her studies so that she could stand on her own feet in the face of any eventuality. Geeta became a qualified docotr and went to Rattans village to beigin her practice, determined to win back her husband. . The delightfully interesting interludes that occur in her quest of regaining her husband, taeks Dr. Vidya on the merry, romantic road to an exciting and absorbing climax, providing the screen with its finest entertainment. Check out this page for more updates on Dr. Vidya. 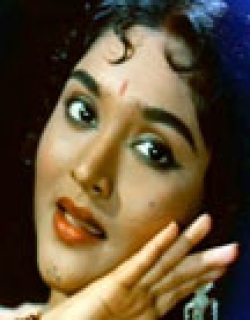 This page provides latest and updated information about Dr. Vidya (1962) movie which released on Jan 01, 1962. Dr. Vidya (1962) is directed by , produced by , starring .We have also provided 6 trailers and videos, 3 photos, 0 user reviews, and 0 critic reviews.You can review, like, dislike this movie and also can add to favorites. You can also find information on showtimes, CDs, DVDs, online rental, online free watching.