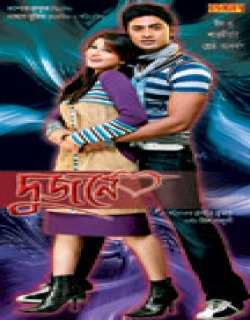 Dujone is a 2009 Indian Bengali romance film released on Sep 17, 2009. The film is directed by Rajiv Kumar, produced by Eskay Film.

“Dujone” is the love story of Akash and Meghna. Akash is the only son of industrialist Pratap Chowdhury, who is so busy in his business that finds no time for his son. The only friend of Akash at his house their servant Monohar Kaku. In college he falls in love with Meghna, who was the daughter of a fish-businessman. Her Pishi was a nightmare, she hated love and could even beat men. However, both Meghna’s and Akash’s families came to know about their relationship, both families opposed. Industrialist Pratap Chowdhury told Akash that he would marry Mrs. Sen and he wants Akash to get married to Mrs. Sen’s daughter Tina. Mr. Chowdhury was furious to hear that and then he sent police to beat Meghna’s father. Now, the police commissioner (who is a friend of Mr. Chowdhury) suggested told the lovers that if they would complete their studies and still love each other then their parent would accept their relationship but the condition is that till then they could not meet. Both of them agree. But the elders had some different plans. Akash’s father send him in Siliguri and made sure that he could not go out and make any phone calls. Meghna’s father also decided to shift. But with the help of their friends and professors they somehow made a contact. Meghna leaves her home and went to Siliguri, on the other hand Akash escapes from that house and came to Kolkata. Akash’s father hires a goon to kill Meghna and Meghna’s familiy tries to kill Akash. However, both survived and boarded on train to came back, incidentally they met on a station. The goon hired by Akash’s father chased them & ultimately Akash killed him. Then Akash gifted the dead body of that goon to his father and informed him that the next day he would marry Meghna. Though police reached the place but student stopped them and finally Akash and Meghna got married.

Akash (Dev) is the son of multimillionaire in Kolkata. Meghna (Srabanti) is the daughter of a milk supplier cum rowdy. Akash and Meghna do study in the same college. The film starts with Meghna showing hatred towards Akash, as he is a sportsman who is a zero at studies. Over a period of time her hatred turns into love. Finally, they are in love. The parents did not agree to their marriage. The parents plan to avoid the marriage by putting the love couple a clause that they should not meet each other for one year. If their love stays even after a gap of one year, the parents would marry them off.

Father of Akash kidnaps him and puts under house arrest in Siliguri. Father of Meghna takes her to his hometown and arranges a forced marriage. The rest of the story is about how the love pair unites against all odds.

Check out this page for more updates on Dujone. 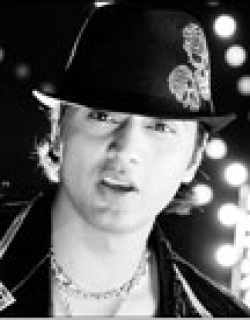 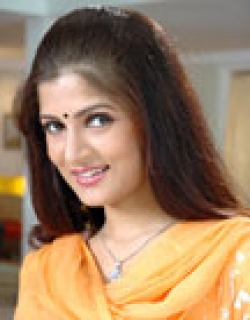 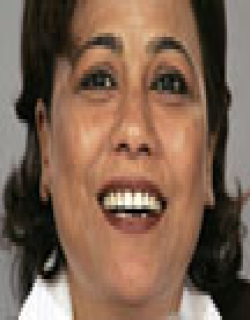 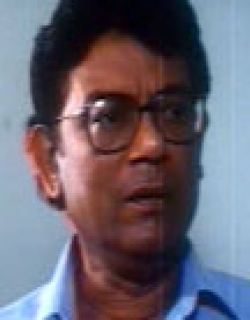 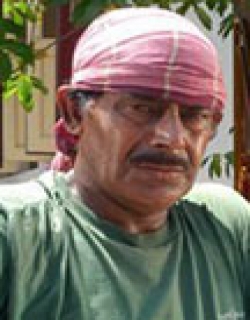 It was no secret that Rajib’s Dujone is inspired by the superhit Telugu film, Nuvvu Nenu. Having procured the rights to remake the film in Bengali, the producers and directors c..

It was no secret that Rajib’s Dujone is inspired by the superhit Telugu film, Nuvvu Nenu. Having procured the rights to remake the film in Bengali, the producers and directors ..

This page provides latest and updated information about Dujone (2009) movie which released on Sep 17, 2009. Dujone (2009) is directed by , produced by , starring .We have also provided 1 trailers and videos, 2 photos, 22 user reviews, and 1 critic reviews.Dujone (2009) has received 3 rating from user reviews.The movie has received 2.5 rating from critic reviews. The overall rating of Dujone (2009) is 52 and movie is 2.6.You can review, like, dislike this movie and also can add to favorites. You can also find information on showtimes, CDs, DVDs, online rental, online free watching.