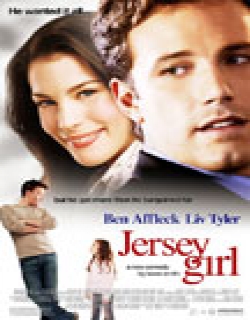 Jersey Girl is a 2004 Hollywood comedy,drama,romance film released on Mar 26, 2004. The film is directed by Kevin Smith, produced by Scott Mosier.

Director Kevin Smith, who accrued a loyal fan following with his indie hits Clerks, Mallrats, Chasing Amy and Dogma, turns sentimental with this mainstream feature that may prove too sappy for even the most hardcore romantic comedy loyalists.

Ollie Trinke (Ben Affleck) is a young New York music publicist on the fast track to fame and success, but his ideal life gets ransacked when his dearly beloved wife Gertrude (Jennifer Lopez) dies giving birth to their daughter (Raquel Castro). Now a single parent to a newborn child, Ollie deals with the situation the best way he knows how--by avoiding it. He leaves little Gertie with his widowed father, Bart (George Carlin), to raise in New Jersey and throws himself deeper into his work. But Bart gets tired of playing father to his granddaughter and one fateful morning relinquishes diaper duty back to Ollie, who is about to give an important press conference. Mayhem ensues and poor Ollie is left at the podium holding a crying baby with a stinkin' diaper. Fast-forward seven years to the present, as Ollie has given up the NYC limelight for the Jersey Shore town of Highlands, where he is working as a street sweeper while attentively raising Gertie and sort of seeing Maya (Liv Tyler), the clerk at the local video store. When Ollie finally gets the big break he's been waiting for almost a decade--a job interview returning to the NYC publicity game--he must decide whether to uproot Gertie for a new life in Manhattan or keep it simple in Jersey.

If there is one thing this schmaltzy film has going for it, it's the cast. Affleck nicely portrays all the changes his multifaceted Ollie goes through: slick publicist, doting dad, good son, best friend, blue-collar worker. But the transformation is pretty unbelievable --can such a jerk truly morph into such a loving guy? Ollie, however, does establish a realistic relationship with Carlin as his on-screen father, Bart. It is Carlin's comedic skills, with his well-delivered, zingy one-liners, that make their banter so entertaining to watch. Also endearing is the rapport between Ollie and Maya. When Gertie interrupts their first encounter, a potentially torrid one-night-stand, the two adults leave it at that and never pick up where they left off. Instead, their relationship blossoms into an atypical and quirky friendship. Castro's all-too-cute Gertie, on the other hand, is not so charming. Sure, she's a bright, young actress, but do we really need another Hollywood movie child who understands sarcasm and rationalizes like a miniature adult? Hate to say it, but this is one film that could have benefited from more Lopez. Shot during the early, giddy stage of their relationship, the two have wicked chemistry together during Lopez's 14-minute cameo.

Smith's Jersey Girl obviously reflects the changes in his personal life, but marriage and fatherhood may have caused him to lose his edge. Subtlety is sorely lacking here; Smith seems to think the audience needs beating over the head with the movie's touchy-feely stuff. For instance, we see Ollie dancing with Gertie by the jukebox at a diner in a touching scene, but Smith seems to think we're missing its poignancy so he darkens the set and focuses a spotlight on the dancing duo--just to make sure we get it. There are too many overblown, exaggeratedly dramatic moments like this, like when Ollie runs out on an interview to make it to Gertie's school play, abandoning his car on the road and taking off on foot when traffic becomes gridlocked. We see all this melodrama, but the film leaves out the step showing how Ollie and Gertie's relationship blossomed over the past seven years. In the end, Smith's first dramatic-comedy attempt seems sadly misplaced; while we see what he is aiming for--the struggles of a selfish man who must learn to become a loving father--the result is emotionally empty film that substitutes schmaltz for real feeling.

Director Kevin Smith tries to appeal to a more mature audience with the dramatic comedy Jersey Girl but in doing so, he loses his edge. The result is a film that's too sappy for its own good.

Check out this page for more updates on Jersey Girl. 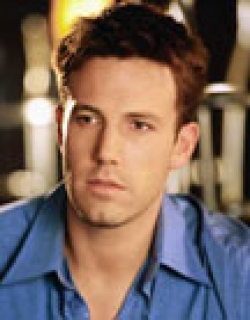 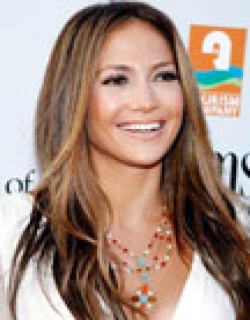