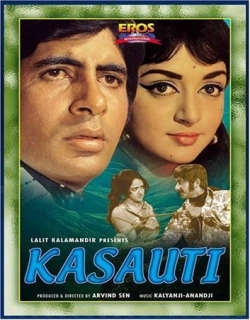 Nita (Sonia Sahni) & Sapna (Hema Malini) are two friends living in Bombay. Nita is married to a blind worker (Bharat Bhushan), who loses his legs in an accident. Nita turns to prostitution and suggests Sapna to do the same to live in a better way. Sapna, who was staying with her step-father Pramod for want of money, obliges and follows suit. Soon afterwards, she is molested by Hira, but is rescued by a taxi-driver Amit (Amitabh Bachchan). They fall in love. But before getting married, Sapna is arrested for assaulting Pramod and is sentenced to serve a six month term in jail. After her return and before she and Amit could get married, her mother gets a jail sentence for killing Pramod while Amit's father opposes their marriage. So Sapna runs away to Kolkata to join a theatre group and subsequently becomes famous. Meanwhile Nita is arrested for prostituion. Finally, Pran, Sapna's lbrother ocates her. Misunderstandings are cleared and both Amit and Sapna get married.

Tells of a beautiful slum dweller and an educated taxi driver getting involved with a gang of smugglers, fighting off assaulters, temporarily getting separated when the woman becomes a stage artist, climaxing into final re-union. Check out this page for more updates on Kasauti. 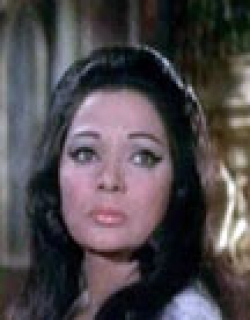 This page provides latest and updated information about Kasauti (1974) movie which released on Aug 09, 1974. Kasauti (1974) is directed by , produced by , starring .We have also provided 0 trailers and videos, 3 photos, 33 user reviews, and 0 critic reviews.Kasauti (1974) has received 2.4 rating from user reviews.The overall rating of Kasauti (1974) is 47 and movie is 2.4.You can review, like, dislike this movie and also can add to favorites. You can also find information on showtimes, CDs, DVDs, online rental, online free watching.