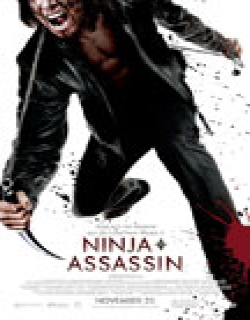 Ninja Assassin is a 2009 Hollywood action,drama,crime film released on Nov 27, 2009. The film is directed by James McTeigue, produced by Grant Hill under banner named Warner Brothers.

Raizo (Rain) is one of the deadliest assassins in the world. Taken from the streets as a child, he was stormed into a trained killer by the Ozunu Clan, a secret society very existence is considered a myth. But havnted by the merciless execution of his friend by the Clan, Raizo breaks free from them... and vanishes. Now he waits, preparing to exact his revenge.
In Berlin, Europol agentMika Coretti (Naomie Harris) has stumbled upon a money trail linking several political murders to an underground network of untraceable assassins from the Far East. Defying the orders of her superior, Ryan Maslow (Ben Miles), Mika digs into top secret agency files to learn the truth behind the murders. Her investigation makes her a target, and the Ozunu Clan sends a team of killers, ;ed by the lethal Takeshi (Rick Yune), to silence her forever. Raizo saves Mika from her attackers, but he knows that the Clan will not rest until they are both eliminated.
Now, entangled in a deadly game of cat and mouse through the streets of Europe, Raizo and Mika must trust one another if they hope to survive... and finally bring down the elusive Ozunu Clan.

Raizo (Rain) is one of the world's deadliest assassins, having been orphaned as a child and raised by the Ozunu Clan, believed by the world to be a myth. When the love of his life is executed by the Clan for betrayal, Raizo begins to harbor resentment towards the Clan. When his first official mission is completed, he is told to execute one of his fellow members for the same reason his lover died. He rebels against them, nearly dying in the process, and goes into hiding, seeking revenge on his former Clan. Meanwhile, Mika Coretti (Naomie Harris) is a Europol agent who investigates money linked to political murders and finds that it is linked to the Ozunu Clan. She defies her superior, Ryan Maslow (Ben Miles), and retrieves secret agency files to find out more. The clan, finding out about the investigation, attempts to assassinate her, but she is rescued by Raizo. Hiding in Berlin, Raizo and Mika must find a way to take down the Ozunu Clan permanently.

Check out this page for more updates on Ninja Assassin. 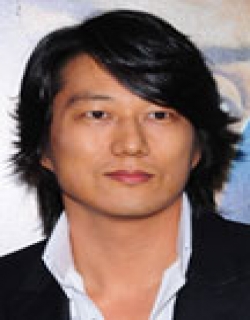 Andy Wachowski, the younger sibling in the Wachowski Brothers Inc., confesses in an interview: ``We think movies are fairly boring and predictable. We want to scr*w with audiences..

If you've chosen to watch a film titled Ninja Assassin, you have no business complaining it's too violent. This slick slice of martial-arts mayhem stars Korean pop-star Rain as Ra..

Ninja assassin Raizo (Rain) has been trained by a secret society to be the best in the business. An Interpol researcher Mika Coretti (Naomie Harris) discovers a strange link betwe..

The best thing about Ninja Assassin is its refreshingly honest title: unlike those few, unwary souls who rush to Precious solely on the strength of its twee title and happy-go-luc..