Oonch Neech Beech is a 1989 Indian Bollywood family drama, social film released on Jul 28, 1989. The film is directed by Wasi Khan, produced by Jagdish Verma.
It happened one mid-night, twenty years ago. Beni Prasad returned to his country house with a child in his arm. As he entered the compund, he looked secretive. The child was brought was an untouchable one. Beni Prasad was not merely a Brahmin, in practice as well as in thought his family was of the most orthodox type. . To the great surprise of Beni Prasad, his wife, Labanya, gave him support. She took the child in her own arm and said "No Child on earth can be impure". . The family of Beni Prasad consisted so far of three members. Beni Prasad, himself, his wife and their daughter Madhabi, aged about eight. `A new member to our family said Labanya to her husband. . But the real identity of the child, somehow, came to be known to the high-priest of the family, who became enraged and asked Beni Prasad to give up the child. It was this opposition that made Beni Prasad conscious of the futility of the caste system. At the beginning, he mostrespectfully listened to argument of the high priestbut finally refused to obev him. And then he found, he was note the only rebel. the whole country was demanding removal of this ugly system. He participated in onetemple entry movemont which took a violent turn in the end. There Beni Prosad lost his life. His last request to his wife was "Never tell Malati, who she was. For, I see soon we woukd have that society where everyone will have admission and equal place." But would Beni Prosads dream ever come to be true ? Years; rolled by caste system remained as strong as ever. . Madhabi, Beni Prosads own daughter is now reading in a college in Calcutta, and like him she dedicated herseif to the cause of the untouchables. . Labanya. Still she knows her to be her own mother. What is more, she loves the Brahminial tradition of this famaily aand takes pride in the city, where then ew social movement may bring a solution of her case. . Malati is taken down to the city, and there, as her marriage is proposed with a boy, educated and deserving in every way, she realises that she is already in love with some one eles. This is her playmate in the village, the high priests nephew, Ranjan, with whom she and Madhabi played in their childhood. . Malati comes back to the village and tells Ranjana of her hearts desire. But cuuld Ranjan respond to that ? Isnt he and Madhabi are already in love with each other a fact known only to themselves ? Madhabi learns from Ranganthe whole thing but she says "Marry her. she must not lose everything mnthat she loves." It is a desperate attempt by the two lovers to save Malati. For sometime. they persist in it at cost known only to themselves. Finally Rnjan revolts. "I cannot marry her. I love you!" says Ranjan. Malati overhears this In a moment, all dreams of Malati get shatteres Is she nobody to the people she knows to be her own-mother, not her real mother-sister, not a real one! Check out this page for more updates on Oonch Neech Beech. 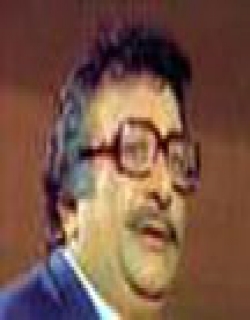 This page provides latest and updated information about Oonch Neech Beech (1989) movie which released on Jul 28, 1989. Oonch Neech Beech (1989) is directed by , produced by , starring .We have also provided 0 trailers and videos, 1 photos, 0 user reviews, and 0 critic reviews.You can review, like, dislike this movie and also can add to favorites. You can also find information on showtimes, CDs, DVDs, online rental, online free watching.