Every year the population of sleepy Lake Victoria explodes from 5,000 to 50,000 for the Spring Break. After an underwater tremor sets free scores of the prehistoric man-eating fish, a group of strangers must band together to stop themselves from becoming fish food.

In Lake Victoria Arizona, a tremor causes the lake’s floor to open, setting free scores of prehistoric piranhas… Theyre back! Every year the population of sleepy Lake Victoria explodes from 5,000 to 50,000 for a single, wild weekend – the 4th of July, a riot of sun, drunken fun and sex-crazed mayhem. But this year, there’s something more to worry about than hangovers and complaints from local old timers. Lake Victoria sits in the crater formed by a prehistoric volcanic eruption, and when earth tremors tear open a crack in the lake floor, all hell breaks through. Piranhas – a million ravenous, razor-toothed monsters, unchanged since the dawn of time. Unstoppable killing machines acting blindly under one primeval impulse: to hunt down anything that moves and strip it to the raw, bleeding bone. In seconds.

Check out this page for more updates on Piranha. 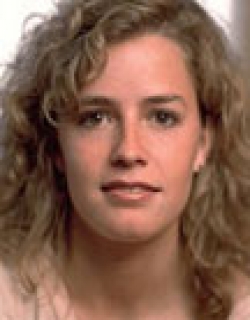 This one's a blood fest that's meant only for those who have an insatiable appetite for gore. In fact, there's so much blood splattered across the screen and so many people reduce..

Piranha 3D is a movie that wants to have its cheesecake and eat it too. I mean this more or less literally. The entertainment formula behind this short and nasty movie — devised..

Very often a title tells you everything you need to know about a film. "Piranha 3D" is that kind of title. This shamelessly exploitative film is set during spring break at a lake ..

If you had seen director Aja’s The Hills Have Eyes, you would know he isn’t particularly squeamish about blood and gore. But what he couldn’t get mutants created by nuclear ..

Sheriff Julie Forester (Shue) has her hands full keeping the law as students on Spring Break make their way to town and as a single mom, counts on her teen son Jake (McQueen) to t..