Pratigya is a 1943 Indian Bollywood social film released on 1943. The film is directed by Nandlal Jaswantal.
Destiny! Who can tell where a mans destiny will take him? Jeevan, who believing himself to be a rich mans son, had no idea until that night when believing his father to be in a position to well afford it, he requests his parent to allow him to go to Europe for higher technical education. The father, who had until then kept the secret of his vaning fortune to himself, takes his son into confidnece and informs him that except the house they live in there was no other family fortune. He also informs his son that he was suffering from a very grave illness and may not survive ling. The house he said, was the only property he could obtain cash upon and that was the only legacy he could leave behind him for his little dughter Rup. He would rather see his son happily married than go to Europe. Knowing now for the first time the real state of his fathers financial condition and bealth, which till then were known only to his father and the old family retainer Shanti Kaka, Jeevan willingly gives up the idea of higher education and Europe and resolves to pave his way through hard work and perseverance. . Jeevan, who was one day engaged upon his work of drawing plans for the Engineering Department of the Government Offices where he worked, meets Jyoti, the only niece and heiress of a wealthy Seth, who with her friend and constant companion Indra, the school mistress, had gone pacnicing in the woods. Through a series of merry mix-ups of mistaken identities, Jeevan is led to believe that Jyoti is Indra and Indra the wealthry heiress. This meeting has affected both Jyoti and Jeevan so much that both find eccuse ot see and talk to each other until mutaual liking develops into romance, romance into love and love into a promise of marriage! . Jeevan, believing Jyoti to be a poor working girl, dreams dreams of a perfect marrige, children and happiness. With Jeevans father, too, it was perfectly all right if his son married a school mistress. He was more concerned with the marriage of his son rather than whom his son married, as he expected to leave thia world at any time. Besides, the new daughter-in-law would be a companion and a guardian to watch over his little daughter Rup when he passed away. . Joyti and Jeevan marry.......It is only after the marriage that Jeevan learns that Jyoti is in reality a very rich heiress. But he loves her too deeply to think of the altered circumstances or the well-meaning deception of his wife. Their love for each other would remove all barriers of life. Besides, he had great hopes that one day his talents wovld be recognised by the Government. Till then the love they bore for each other would do! . Neither knew then what harnships they would have to undergo to reach the final goal of happy marrige. Jeevan meanwhile finds that others returing from foreign countries with degrees supersede him in his Department. This injustice so much exasperates him that one day in anger he resigns his post. Too late he realises that his resignation has removed the only source of his income and that he has to depend more and more upon his wifes money. Not that Jyoti ever considered her money as not belonging to her husband whom she loved very dearly and would have sacrificed her wealth at the fect of her husband. But the very idea of living upon his wifes money is so repugnant ot Jeevan that he becomes despondent and listless until Jyoti with the help of her faterh-in-law and others, persuades him to go to burope for higher education. . Jeevan sails away for foreign shores. During his absence his father dies leaving little Rup in charge of Jyoti. He knows Jyoti will make both Rup and Jeevan happy. When Jeevan returns home he is completely changed. He has become very comceited and vian and has adopted all the vices of the West. He has lofty ideas of doing great things with his wifes money. His wife is old fashioned and she needs buildign up both socially and morally. It is time she met some of his Europe-returned pals and a dancer, Tara by name, Poor Jyoti! Was this her beloved husband who was forcign her to do these unusual things and insisting upon her to meet and entertain people of doubtful characters? If this was European education, God save our soan and daughters form such education! . One evening Jeevan is regaled at a party where the central figure is Tara, the dancer. Disappointment at ahome has further sharpened Jeevan thirst for dringks and while one of his friends cracks a joke about the arrogance of Jyoti, the whole party, as if by prearrangement, start cajoling Jeevan and call him a henpecked husband Jeevan infuriated at this gives them all a gentlemans pledge that his wife shall entertain then all and henceforth treat them right. . Events between Jeevan and Jyoti reach a climax. Will clashes against Will. Human endurance has a limit. The last cord snalps and Jyoti leaves her hubands house and takes a solemn PRATIGYA never to return unless her husband rralises his faults and comes crawling to her for forgiveness. She decides to live by her own labours. Before leaving she transfers the wealth and property to her husband. Remonstrances from little Rup and faithful Shanti Kaka are fo no avail....... Check out this page for more updates on Pratigya. 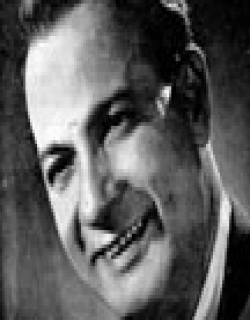 This page provides latest and updated information about Pratigya (1943) movie which released on 1943. Pratigya (1943) is directed by , produced by , starring .We have also provided 0 trailers and videos, 0 photos, 0 user reviews, and 0 critic reviews.You can review, like, dislike this movie and also can add to favorites. You can also find information on showtimes, CDs, DVDs, online rental, online free watching.