The Darkest Hour is a 2012 Hollywood action,horror,science fiction film released on Jan 06, 2012. The film is directed by Chris Gorak, produced by Timur Bekmambetov.

Its an action thriller about American buddies who are hitting on two tourists, when suddenly a blackout hits Moscow, and clouds descend from the sky soaking up all the energy and life on the earth. They struggle to survive against the threat and try to escape from it.

In Moscow, four young people, each with different goals, must work together to survive after an alien race has invaded Earth for power and minerals. The aliens themselves consist of a floating monstrous head, surrounded by four, constantly-revolving, spiny arms, which allow it to fly. However, they are protected by a shield that renders them completely invisible to humans. On top of this, they can vaporize any organic matter they touch, and can manipulate things with a controlled lightning bolt. It is discovered, however, that they are incapable of detecting things without line of sight (in other words, they cannot see through glass), and their invisible shields can be disabled with strong rays of microwave radiation. Being the only people in the world with this information, the four teenagers must find a way to safely get to a Russian military submarine that is rumored to be in the area.

Check out this page for more updates on The Darkest Hour. 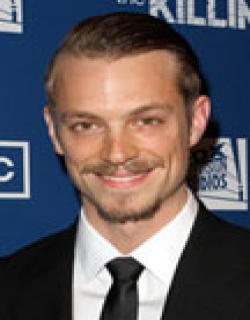 Reviews for The Darkest Hour

Based on the admittedly flimsy evidence of films like The Darkest Hour, the best defence against invading aliens is to be as attractive as possible. Being one-dimensional doesn’..

Stephen Hawking stands vindicated; if only viscerally and through the movies. But in all likelihood, he may not have imagined that alien invasion could make such a crashing bore o..

The world’s safety depends on American bravehearts, it would seem, going by the first movie release of the year. To put it politely, it’s an inauspicious start. Picking on ele..

Tired of wreaking havoc in New York and Los Angeles (really, how many more CGI shots must we see of a deserted Times Square or a ravaged Staples Center?), aliens set their sights ..

How could a science fiction action movie that cost $30 million end up looking cheap, stupid and lifeless? To find out, see The Darkest Hour. The film, a sophomore feature by well-..

The Darkest Hour review Biz rating: 0.5/5 star. What’s Good: The visual effects in a couple of sequences. What