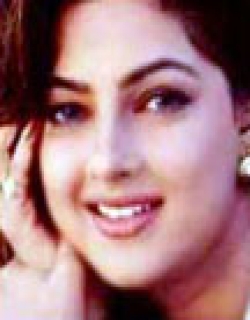 Mamta Kulkarni is a Actor. Mamta Kulkarni has mostly worked in Hindi and has worked in languages like Hindi, Bengali.
She is the former bollywood actress. She is the actress known for her role in the films like: Aashiq Awara (1993), Waqt Hamara Hai (1993), Krantiveer (1994), Karan Arjun (1995), Sabse Bada Khiladi (1995), Baazi (1996), China Gate (1998), Beqabu (1995), and Chhupa Rustam: A Musical Thriller (2001) among others. She won the 1994 Filmfare Best New Face Award. She quiet her bollywood acting after the movie’ Kabhi Tum Kabhie Hum’. She has acted with the known bollywood celebrities like: Mithun Chakraborty, Ajay Devgan, Bobby Deol, Shahrukh Khan, Sanjay Dutt, Akshay Khanna, Salman Khan, and Anil Kapoor. She has also done many big movies like: Sapoot, Agnaary, Mr and Mrs Khiladi, Bandhan, Aunty No.1, Dulhe Raja, Davaa, Shikari, Hogi Pyar Ki Jeet and Kareeb because her role was not substantial. Controversies stood by her after she posed topless for many magazines. Check out this page for more updates on Mamta Kulkarni.