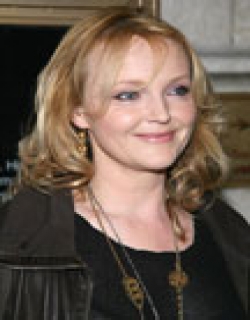 Be the first to one.
I like (
Not really (
Profession:
Actor
Langauge:
English , Also worked in Hindi
Birth date:
Mar 03, 1958 (age 64)
Zodiac sign:
Pisces
Birth place:
Not Specified

Miranda Richardson is a Actor. Miranda Richardson has mostly worked in English and has worked in languages like English, Hindi.
She was born on 3 March 1958. She is an English stage, film and television actress. She has won Academy Award nominee and has won a BAFTA Award and two Golden Globe Awards. She started her stage career in the film ‘Moving’. Her film work includes: Empire of the Sun (1987), The Crying Game (1992), her Golden Globe winning role in Enchanted April (1992), The Apostle (1997), Sleepy Hollow (1999), Spider (2002), Harry Potter and the Goblet of Fire (2005) and Made in Dagenham (2010). She has also done Blackadder (1986-1989) and The Life and Times of Vivienne Vyle (2007). She was born on Southport, Lancashire, to Marian Georgina. She did movies like: Fatal Attraction, Empire of the Sun, The Storyteller, Blackadder Goes Forth, Blackadder the Third, Blackadder's Christmas Carol, Blackadder: Back and Forth, Dance to the Music of Time, St. Ives, The Lost Prince, Snow White: The Fairest of Them All, The Hours, Sleepy Hollow, Kansas City, The Apostle, The Prince and Me, Harry Potter and the Goblet of Fire etc and many others. Check out this page for more updates on Miranda Richardson.