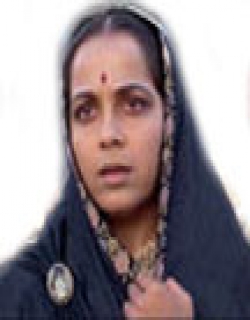 Rohini Hattangadi is a Actor. Rohini Hattangadi has mostly worked in Hindi and has worked in languages like Hindi, Telugu, Marathi, Tamil.
She was born on 11 April 1951. She is an Indian actress, television and theatre artist. She has been awarded two ‘Filmfare awards and National film awards’. She got the BAFTA Award for Best Actress in a Supporting Role for her performance as Kasturba Gandhi in Gandhi (1982). She attended the National School of Drama of New Delhi. She made her bollywood entry with the film,’ Arvind Desai Ki Ajeeb Dastaan in 1978’. She did more than 80 films. She was born as Rohini Oak. She completed her schooling from’ Renuka Swaroop Memorial Girls High School, Pune in 1966’. She also attended the National School of Drama, New Delhi. She was also a trained dancer in Kathakali and Bharatnatyam for more than eight years. She was married to Jayadev Hattangadi, who was her batchmate at NDA. He died on 5 December 2008, after having cancer. She has a son, Aseem Hattangadi who is also a theatre artist. She did many movies that include: Munnabhai MBBS, Vasool Raja MBBS, Pratighaat, Chaalbaaz, Ladaai, Mohan Joshi Hazir Ho!, Saaransh etc. She also did Marathi serials like: Char Divas Sasuche, Vahinisaheb, Honor Soon Me Ya Gharchi, Mahayagya, Thoda Hai Thode Ki Zaroorat Hai, Teacher, Maayke Se Bandhi Dor etc. Check out this page for more updates on Rohini Hattangadi.