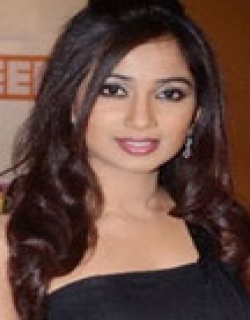 Shreya Ghoshal is a Singer and also worked as Producer, Actor. Shreya Ghoshal has mostly worked in Hindi and has worked in languages like Hindi, Bengali, Tamil, Telugu, Marathi, Kannada.
She was born on 12 March 1984. She is a playback singer. She is a singer who had sung for many languages. She sang for Hindi (715 songs), Kannada (215 songs), Telugu (195 songs), Tamil (127 songs), Bengali (120 songs), and Malayalam (47 songs) films as well as in other Indian languages such as Assamese, Gujarati, Marathi, Nepali, Oriya, and Punjabi. She is the singer, who got appreciation in the form of awards and trophies. She got four ‘Filmfare award’ and three State Film Awards, five Filmfare Awards (four for best playback singer), and seven Filmfare Awards South. Her career started when she entered the world of ‘Sa re ga ma pa’. She began her singing career with the film ’Devdas’. For this, she was given a Filmfare Award for Best Female Playback Singer and a Filmfare RD Burman Award for New Music Talent. She was also given U.S. state of Ohio, wherein Governor Ted Strickland declared 26 June as "Shreya Ghoshal Day".She was born in Bengali family. She was born in Berhampore, Dist: Murshidabad, West Bengal.She grew up in Rawatbhata, a small town near Kota, Rajasthan. Her father is Bishwajit Ghoshal, who is an electrical engineer. He works for Nuclear Power Corporation of India. Her mother is Sarmistha Ghoshal and she is a literature post-graduate. She attended eighth grade at the Atomic Energy Central School, Rawatbhata. She also attended Atomic Energy Central School in Anushaktinagar. She completed her college education from Atomic Energy Junior College to study science. Check out this page for more updates on Shreya Ghoshal.