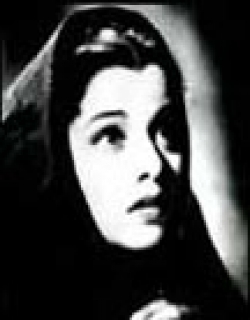 Usha Kiran is a Actor and also worked as Co-Producer. Usha Kiran has mostly worked in Hindi and has worked in languages like Hindi, Marathi.
She was born on 22 April 1929 and died on 9 March 2000. She acted in more than 50 Hindi and Marathi movies. She did movies like: Daag (1952), Patita (1953), Baadbaan (1954), Chupke Chupke (1975), Kabuliwala (1961), Patita (1953), Mili, Bawarchi (1972), Mili (1975) and many other. She entered bollywood with the film ‘Kalpana’. She was the winner of ‘Filmfare award’ for the supporting role. She also did many Marathi movies like: "Shikleli Bayko," "Jasach Tase", "Postatli Mulgi", "Dudh Bhakar", "Stree Janma Hi Tuzi Kahani", “Gariba Gharchi Lek," and "Kanchanganga "Kanyadaan”. She acted with many well known bollywood actors like: Raj Kapoor, Dev Anand, Ashok Kumar, Dilip Kumar, Rajendra Kumar, Rajesh Khanna, Dharmendra and Amitabh Bachchan. She was married to Dr. Manohar Kher and had a son Adwait Kher who was a former model. He got married to former Miss. India Uttara Mhatre Kher. Check out this page for more updates on Usha Kiran.