2014 Raj Ka Ran is a 2011 Indian Marathi drama,political film released on Jun 10, 2011. The film is directed by Pradeep Bhore, produced by Abhay Pathak.
The story highlights the life of a very powerful man, Kakasaheb. He is a man who rules millions of hearts. Uddesh and Raj grew up under the care of Kakasaheb. He was a strong political leader. This movie highlights the story of a political leader. The movie is a biopic to Balasaheb Thackrey.

Kakasaheb a legendry and capable personality. A man who rules millions of maharashtrian hearts, aging fast, in spite of jubilant achievements. The right heir to the historical landmark arose, Uddesh Sign the token of dynamic youth with the consent of Rajpratap. Divinity made Kakasaheb, Uddesh and Raj of the same blood yet an apple of eye of all maharashtrians. Destiny saw in these a triangle of lov...e as we see. But the innocent Maharashtra witnessed in them a triangle of leadership. Uddesh and Raj grew underneath the shadow of majestic and compassionate personality of Kakasaheb. But …

The young steps haunted for mighty footprints of Kakasaheb. But Kakasaheb opposing vehemently these chasing steps. Maharashtra never imagined that it would face leadership crisis. Marathi mind and marathi hearts agonized heartily squeezing due to this crisis.

The vibrant, jubilant youth and new generation not prepared to accept this triangle leadership. What needs is the firm and robust leadership of Kakasaheb and united and masculine wrist. “Who is the leader matters least”.

The youth is aware of the truth that it has an ability to shatter this triangle of leadership and considering the good of Maharashtra the burning aflame youth desires to lead. What are its dreams, tales and tears?

The mind of Maharashtra is toiled and tortured of this crisis. It believes in the destined and striving youth struggling for rejuvenation of Maharashtra’s mind and heart than the tragedy of leadership calamity.

The miserable fragmentation of Marathi mind in the election of 2009 must be ceased and restored in the approaching election of 2014. To attain this, what are the aims, destination, burning efforts and dreams of the youth? To know these dreams arrive, awake and watch the appealing celluloid show “2014 Raj Ka Ran”, a novel venture in film panorama. You will enjoy a unique and fantastic story of the struggle of Marathi youth taking together Marathi mind and spirit.

The movie plot is based on a happy go lucky boy whose name is Manya. He is just no keen on his family business but is very keen for his marriage to a girl named Manee. Manee is a royal girl who is the only daughter of a royal house and her father is Mr. Ghorpade. Their marriage is obviously opposed and they are asked to separate but they somehow get married with the help of the girl’s Akka or Aunt which is essayed by Nivedita Saraf and also with the help of Manya’s father and Manya’s Aaji. Her character in the movie talks to the family members via the portrait.
Now after the marriage takes place, the real story begins, Aaji gives them a special power with her special power, the power is that they both enter each other’s souls and now they will tackle their problems more effectively, as they can provide each other more safety. Safety from whom, safety from Manee’s Daddy Mr. Ghorpade and the police and the kahani mai villain Atul Parchure and his dad Mr. Mone. Mr.Ghorpade like all filmy fathers does not believe in his daughter’s marriage and wants her to get married to Mr. Mone’s son.
Now this story has some fantasy but that’s it, the whole movie is a cliché movie which makes you laugh a few times but surely not throughout and really the plot is very much done and dusted and should be left alone and people should just forget making movies on this concept now.

Check out this page for more updates on 2014 Raj Ka Ran. 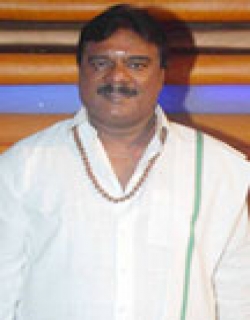