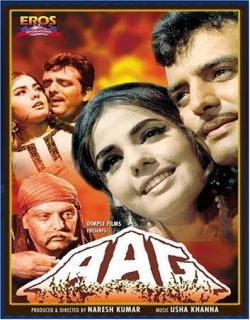 Aag is a 1967 Indian Bollywood social film released on 1967. The film is directed by Naresh Kumar, produced by Brij.

Shanker is a young man who lives in a small village community with his mute sister, Durgi, and his mom, Shanti. Shanker's efforts to get Durgi married are all in vain. The local money-lender, Lala, in his early 60s, comes to know about this and proposes to marry Durgi, but is refused, and asked to leave. Lala plots vengeance, and gets his chance to rape Durgi, resulting in the death of Durgi. Shanker hunts him down, and kills him. Lala's death involves the police, and Shanker must run from them. He does so, and joins a gang of dacoits and pledges to be part of their gang, not knowing that in so doing, he will be spending the rest of his life, hiding in caverns and the countryside, unable to see his mother anymore, nor any normal human being, for the rest of his life.

Check out this page for more updates on Aag. 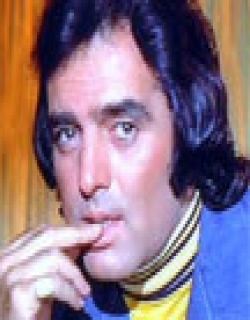 This page provides latest and updated information about Aag (1967) movie which released on 1967. Aag (1967) is directed by , produced by , starring .We have also provided 0 trailers and videos, 2 photos, 25 user reviews, and 0 critic reviews.Aag (1967) has received 2 rating from user reviews.The overall rating of Aag (1967) is 40 and movie is 2.You can review, like, dislike this movie and also can add to favorites. You can also find information on showtimes, CDs, DVDs, online rental, online free watching.