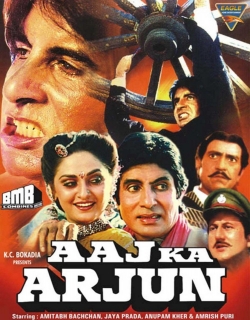 Aaj Ka Arjun is a 1990 Indian Bollywood costume drama, action film released on Aug 10, 1990. The film is directed by K. C. Bokadia, produced by K. C. Bokadia.
The story starts with Thakur Bhupendra Singh (played by Amrish Puri) and Ajit (played by Rishabh Shukla), who is his son. These two are the landowners and they are both part of this bullshit society and mentality. One day, Ajit sleeps with Laxmi and makes her pregnant and throws her aside. Now, her brother named as Bheema goes to plead before Thakur and Ajit to accept her. But, this story is purely avoided by Ajit and his father and throws Bheema outside. Now, Bheema has nothing but he decides to seek revenge against this. But, Thakur and Ajit charge on him the killing of his sister and sent him in jail. After getting out from the jail, Bheema decides to get back to his village, but even here he is thrown outside as the entire village is ruled by Thakur’s men. So, seeing this Bheema decides to get out of the village. But, he is stopped by the police inspector and then he ultimately plans a strategy to take his revenge of his sister’s death.

Thakur Bhupendra Singh (Amrish Puri) and his son Lakhan (Prasenjeet) are landlords, presiding oppresively over a small Indian community. Lakhan gets Laxmi (Radhika) pregnant and casts her aside. Her brother Bheema (Amitabh Bachchan) goes to plead with them to accept Laxmi as their daughter-in-law and they reject his pleas and have him thrown out. Bheema tries to avenge this humiliation, only to have his sister killed. Bheema is imprisoned, and after his sentence is over is returns back to his community, only to be told that he can no longer reside there, as the entire community is terrified of the Thakur and his men. Bheema then decides to move out of town. Some villagers and a police officer (Anupam Kher) persuade Bheema to return, and he agrees. On his return, Bheema's nephew Kanhaiya (Baby Guddu) is abducted by Thakur and his men, and he will only be returned after Bheema obtains signatures/thumb prints from everyone in the community, thereby turning over their properties to Thakur's name. Will Bheema compromise the safety of his nephew, and will he be able to persuade the community to bow down to Thakur's demands? 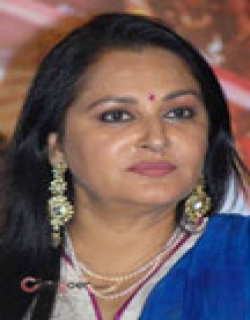