Ajinkya is a 2013 Indian Marathi drama film released on Jan 11, 2013. The film is directed by Tejas Deoskar, produced by Sandeep Kewlani under banner named SK Productions.

Anant is a strong determined, successful and determined basketball coach in Nagpur whose team has been an absolute winner in the state. He has taught them only one statement, how to win! 'Winning' is his only aim.

Saeea, Anant's beau, is wedded to him since last eight years and always whining of Anant being irresponsible at her. She accuses him of giving his time and life only to basketball, leaving her all lonely. Anant tells her fully that his commitment and responsibility can be seen in his team's steady performance.

On one of such fine days, when Anant and Saeea have a daily argument, the heat rises up to a level where Anant asks her to take a break from basketball if he ever loses any tournament. And to his interpretation, his team loses in the finals of the tournament. Rigid being him, Anant decides to take a gap from Basketball. But the argument doesn't stop there and distracted Anant declares that he needs a gap from Saeea as well. Saeea is amazed. But before she could solve out anything, within a month, Anant plans his promotion in office and moves to Aurangabad.

In Aurangabad, he is away from everything, basketball and Saeea. Anant starts working at routine office schedules and finds life empty later in the evening. He sees a crumbled basketball court from the window next to his desk in office. Though weaken, it makes him sulk every day. After a few more days, Anant sees some act on the court. It was a troop of boys playing football. Anant is excited but the very second moment he realizes that he cannot be a part of it. He drops his head down in distraction. Saeea is in constant contact over his cell but his depressed mood tells her how much he is away from his basketball.

One fine day, Bhavna, Anant's coordinator at basketball club in Nagpur, visits him. Expressing the cold war between these two she shows condolence on Anant's condition. She laughs on him leaving Anant is enraged. She asks him that, because of his own apathy, he has left her a fine team and a lot of achievement behind. Anant shows his real picture and accepts a challenge of making a fine team. Bhavana leaves Aurangabaad and Anant heads towards the kids playing on the court. He has a strong thought of extracting a good team out of them.

He shows them a few basketballs magic and the kids surrender to him. But soon after this, as he begins coaching and starts bringing in the adversities, children start reacts strongly. Anant starts getting distracted as he sees his motive of making a good team out of them, ordeal. But the rowdy troop doesn’t pay heed to him. Anant gets even more distracted.

Anant keeps his anger low and continues to try and win boys' hearts. But in this way, he learns a lot about life from them. The adversities that those boys go through in their routine lives, Anant learns that the life is so amazing. And thereafter, Anant is experiences a change in him. The boys soon start coming to terms with him and start taking his coaching positively. His attitude towards Saeea changes to a great extent and she realizes it too. Soon, Anant sees Saeea as a surprise. She finds Anant changed and good. Being extremely super happy, she asks him to stay with her. But changed Anant promises her that he will come back once he gets his current work of making a worthy team out of those rowdy troops. Soon, boys start playing good, with a good team spirit. The administrative people from that court come back and find this wonderful development. They promise Anant to aid the team and they position the boys into a tournament.

In the tournament, Anant's rowdy troop show excellent performance to reach to the finals. Their journey has been through many ups and downs but finally, they reach the finals of the game. Everyone who has come to watch the tournament is amazed by this naive team's performance. But winning the final is not so easy. They are playing against mighty team of Nagpur, Anant's earlier club. To Anant's luck, Bhavana is their mentor.

Check out this page for more updates on Ajinkya. 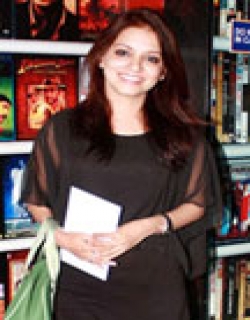 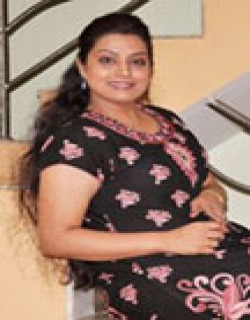 This page provides latest and updated information about Ajinkya (2013) movie which released on Jan 11, 2013. Ajinkya (2013) is directed by , produced by , starring .We have also provided 2 trailers and videos, 0 photos, 59 user reviews, and 0 critic reviews.Ajinkya (2013) has received 3.1 rating from user reviews.The overall rating of Ajinkya (2013) is 61 and movie is 3.1.You can review, like, dislike this movie and also can add to favorites. You can also find information on showtimes, CDs, DVDs, online rental, online free watching.