Oh My God is a 2008 Indian Bollywood comedy film released on Dec 05, 2008. The film is directed by Sourabh Shrivastava, produced by Zee Limelight.

All of us have asked God for help at various moments in our lives. What if God actually tried to help and we were oblivious to his presence?

Vinay Pathak stars as Rajendra, a simple salesman with big dreams, comes from a simple middle class family and a hard core Dhirubhai Ambani fan, who wants to make it big in life but through ethical ways. He leads a good life but because he is over-ambitious he overlooks all that he's got in life. He shares a very different relationship with God. Unlike others, he treats God as a friend, someone whom he can share his things with, without asking for anything from him. Rajendra is straightforward and focused and has a plan for almost every thing in life... even for having kids. At times he is eccentric, but his innocence and sweetness makes him lovable.
Suman (Divya Dutta) is Rajendra's patient and loving wife, who stands by her husband at all times and supports him in whatever he does and desires from life. Suman has a thing for kids and since they have still not planned a family even after 5 years of marriage, she always tries to convince Rajendra to have kids. Suman has full faith in whatever Rajendra does. No matter what others think about him, Suman always considers Rajendra as her hero and at the same time is a pillar of support for him. Suman also has immense faith in God. God to her is a guardian who she can child with, crib about the entire world and even complain against anyone and everyone. As Rajendra continues to fail in his various money-making schemes, Suman pleads with God to help her husband.

What follows is a series of hilarious encounters where God (played in human form by Saurabh Shukla) tries to help Rajendra become successful but is constantly frustrated as Rajendra fails to recognise the opportunities. God is different from the usual God that we know. He is sweet, funny and a completely lovable character. He's someone who is dressed in formal suits, eats chocolates, chips, and pizzas to get rid of his depression. Like normal human beings, even he gets bored and irritated of the world that he has created. He also gets tough and tricky with men to teach them the lesson of life. In spite of being the Almighty with special powers, he is some times helpless and confused with normal human beings. But finally he proves his smartness and intelligence making every one say - "Oh My God!"

First-time director Sourabh Srivasatav tells a funny, touching story of a simple man who, with a little help from God, needs to come to terms with his big dreams and find balance in his life. The ensemble cast also includes Harsh Chhaya, Gaurav Gera and Pubali Sanyal.

Check out this page for more updates on Oh My God. 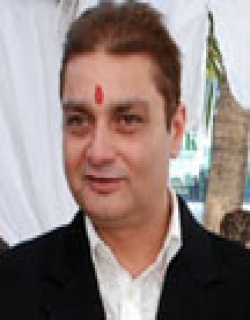 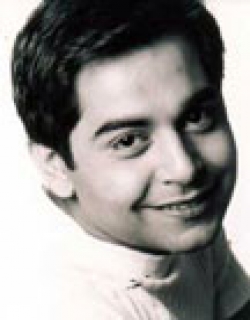 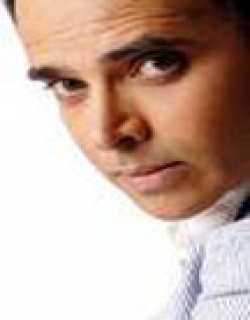 Reviews for Oh My God

You wouldn’t want to encounter a man like Raju (Vinay Pathak) in real life. He is the “scheme-man”, who has this private moneymaking scheme on the side of his job that he’..

On the whole, OH, MY GOD!! is a feel-good fare, with a strong second hour. At the box-office, it should grow with a strong word of mouth.

Simple stories are often the best stories ever told. And nothing touches the heart more than a story that you and I can relate to, can say 'Yes, that's what my life should be like..

Oh, My God!! starts with ‘God’ talking to us about how people have always been pataoing him in “mandir, masjid aur chaarch”. The pronunciation can’t be helped really,