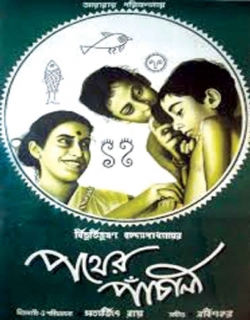 Pather Panchali is a 1955 Indian Bengali classical,drama,family film released on Aug 26, 1955. The film is directed by Satyajit Ray.

Sometimes in the early years of the country ? ,a boy, Apu, is born to a poor Brahmin family in a village in Bengal. The father is a priest who cannot earn enough to keep his family going. The mother's life is a daily struggle. Their six year-old daughter, Durga is forever stealing mangoes from the neighbour's orchards. There is constant bickering between the mother and an old aunt who lives in a small hut next to the house. A little after Apu's birth, the father tells his wife of his newjob at the treasury. He talks hopefully of house repair, finding a husband for Durga, a good school for Apu and of writing a great poem or play. Six years later the struggle has changed little except that the mother, tired of empty talk, urges her husband to do better, Apu meanwhile, attends a poor school run by local grocer. During the children's visit to the house of the rich neighbour, Durga is accused of stealing a valuable necklace. Although the necklace is not found on her person, the rich lady accuses the family of theft. The humiliated mother turns Durga out, but later sends Apu to fetch her home. Another night, the father returns home with his overdue wages and brings news of a lucrative offer to officiate at an initiation ceremony in another village. The bickering between the mother and the aunt ends in an ugly quarrel and the old woman leaves. She later returns and begs to be allowed inside but the mother refuses. The children who love their aunt, set out to look for her. They find her in am orchard nearby but she is dead. 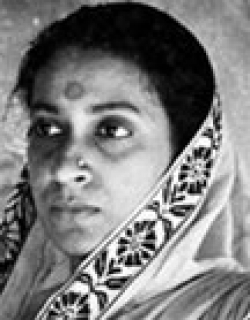 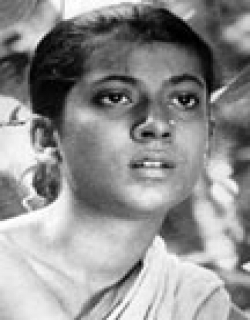 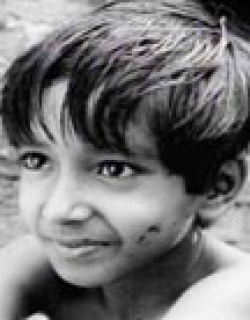