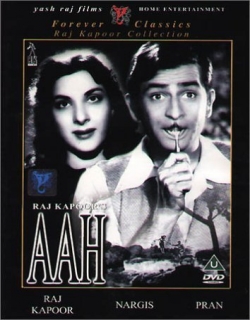 Allahabad-based Raj Raibahadur lives a wealthy lifestyle with his widowed businessman dad. His mom had passed away, a victim to tuberculosis, compelling his anxious dad to keep him away from the hustle, bustle and pollution associated with cities. As a result Raj ends up in the countryside, involved in the construction of a dam. His dad asks him to commence correspondence with a Riva-based young woman by the name of Chandra Rai, with a view to get him married, to which Raj agrees. The correspondence starts, and even without meeting each other, Chandra and Raj fall in love. They cement they love when they finally meet with each other. When Raj tells him dad, the marriage proposal is put forth, but to Raj's shock and dismay, Chandra rejects him. It is only later that Raj finds out that the woman he had corresponded with was not Chandra, but her younger sister, Neelu. Then the Raibahadur family physician, Dr. Kailash, gives them devastating news that Raj has tuberculosis and is not expected to live too long. Watch what Raj does to convince Chandra of his love, and try to prove to Neelu that she should forget him and get married to Kailash instead.

Raj (Kapoor), a poet at heart, is the chief engineer in charge of building the Saraswati dam. Rajs father wants him to marry the glamorous Chandra (Vijayalakshmi), but he loves Chandras sister Neelu (Nargis) who shares his poetic inlinations. Raj discovers that he has tuberculosis. He then pretends never to have loved Neelu and perusaded a doctor friend to marry her. Raj also pretends to love Chandra and so to prove to Neelu that he is an untrustworthy man. All his lies create far greater emotional problems that the disease itself but Raj and Neelu do eventually unite. Although one of Kapoors less memorable films, it remains important as one of the first movies to deploy the very popular melodramatic device of the hero suffering nobly from a terminal disease. Masochistically wallowing in his suffering whie arrogantly sperading misery all around, the infantile yet paternalistic hero, presented as a realist, denies the heroine, presented as an uncurable romantic, the chance to make up her own mind by telling her lies. This device allows for a great variety of twists in the plot and countless displays of emotion. Here, an extra oppopsition is woven into the plot; the city/country dichotom, with good tribals and workers being faced with urban profiteers. The ending sees good (country and love) triumph over evil (money and disease). In Bobby (1973), a tribute Kapoor paid to his own early work, some shots of Aah are reprised. He also incorporates a reference to the popular Devdas (1935) by having the dying hero make his way to his beloveds village in a cart, as Devdas did. [Source: Encyclopaedia of Indian Cinema] Check out this page for more updates on Aah. 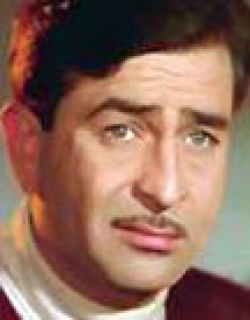 This page provides latest and updated information about Aah (1953) movie which released on Jan 01, 1953. Aah (1953) is directed by , produced by , starring .We have also provided 0 trailers and videos, 2 photos, 32 user reviews, and 0 critic reviews.Aah (1953) has received 2 rating from user reviews.The overall rating of Aah (1953) is 40 and movie is 2.You can review, like, dislike this movie and also can add to favorites. You can also find information on showtimes, CDs, DVDs, online rental, online free watching.