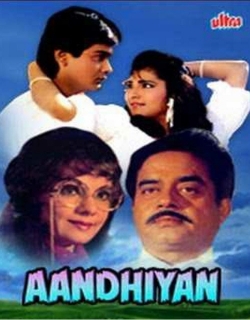 Aandhiyan is a 1990 Indian Bollywood family drama, drama, family film released on Jan 01, 1990. The film is directed by David Dhawan, produced by Pahlaj Nihalani.
The story starts with Shakuntala and Dushyant who are in love with each other and get married to each other. But, Dushyant’s father is not happy with this wedding because Shakuntala belonged to a very poor family. Now, Dushyant plans a strategy of separating these two. Troubles start knocking the doors of this couple and they get separate. Here, Dushyant’s career is on trouble whereas, Shakuntala’s father dies after she reaches her home. Years grow by and after eighteen years, Dushyant is a chief minister and has a son Vicky, who will try to unite his parent’s back and ends his grandfather’s pride.

Shakuntala (Mumtaz) is an estranged wife from Dushyant (Shatrughan Sinha) who wanted refused to admit that she is his wife because his political career would be hindered. His father (Om Shivpuri) never approved her because of her poverty and therefore decided to split them apart by blaming Dushyant for marrying her and because of that it would hinder his career. Shakuntala's life went from bad to worse when her father (Saeed Jaffrey) died after she returned home. Eighteen years later Dushyant is the Chief Minister and his son Vicki decided to take matters into his own hands in bringing back their parents together and conquering his grandfather's pride.

Shakuntala (Mumtaz) a journalist - A mother staying away from her husband for eighteen years only one son Vicky is in her life, who may be snached away from her she is afraid of this. . Dushyant (Shatrughan Sinha) Chif Minister wants the country to progress but could not make his wife happy he ruined her happness eighteen years back. . Vicky (Prasanjit) A young student-respects his mother Shakuntala but he comes to know that she told him a lie that his father is dead though he is alive - he is on cross roads on one side his mother while the father is on the other side he cont decide where to go! . Kiran (Madhushree) Vickys frined loves him extremely if Vicky is hurt she feels the pain she is perturbed due to the storm in the life of vicky. She is helpless. . Om Shiv Puri- dushyants father Shakuntalas father-in-law Vicky Grandfather - he is connected with so many relations but does not believe in any relation A big Politician Politics is his life. Check out this page for more updates on Aandhiyan. 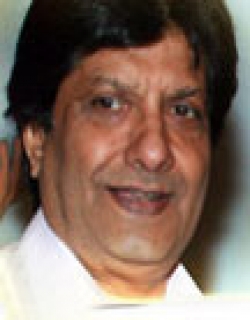 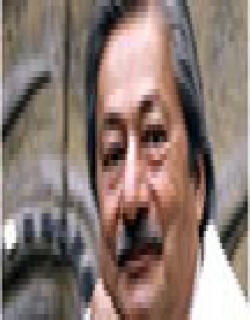 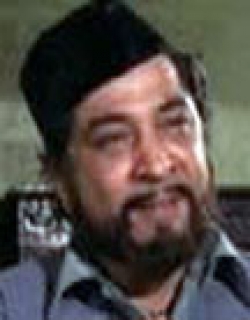 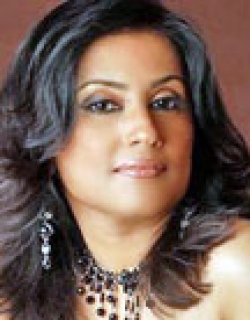 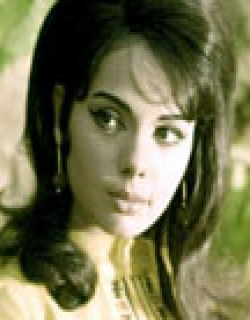 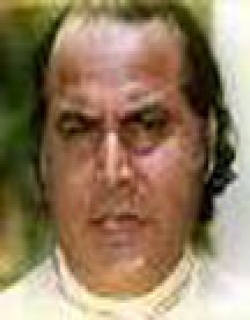