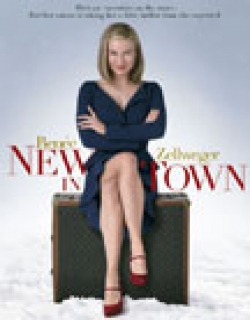 New In Town is a 2009 Hollywood comedy,romance film released on Nov 27, 2009. The film is directed by Jonas Elmer, produced by Paul Brooks.

New In Town : Cast: Renée Zellweger, Harry Connick Jr & others; Dir: Jonas Elmer; Story: Lucy (Renée) is an ambitious corporate exective. She takes up a temporary out-of-nowhere obscure assignment which becomes a life-changing experience for her and & most unexpectedly brings her the man of her dreams (Harry)!

A high-powered consultant (Renée Zellweger) in love with her upscale Miami lifestyle is sent to New Ulm, Minnesota, to oversee the restructuring of a blue collar manufacturing plant. After enduring a frosty reception from the locals, icy roads and freezing weather, she warms up to the small town's charm, and eventually finds herself being accepted by the community. When she's ordered to close down the plant and put the entire community out of work, she's forced to reconsider her goals and priorities, and finds a way to save the town. After tasting her secretary's secret recipe of tapioca pudding, she decides to adapt a former yogurt production line to produce this special recipe of tapioca

Lucy Hill (Renée Zellweger) is an ambitious up-and-coming executive living in Miami. She loves her shoes, she loves her cars and she loves climbing the corporate ladder. When she is offered a temporary assignment—in the middle of nowhere—to restructure a manufacturing plant, she jumps at the opportunity, knowing that a big promotion is close at hand.

What begins as a straight-forward assignment becomes a life-changing experience as Lucy discovers greater meaning in her life and most unexpectedly, the man of her dreams (Harry Connick, Jr.).

Check out this page for more updates on New In Town. 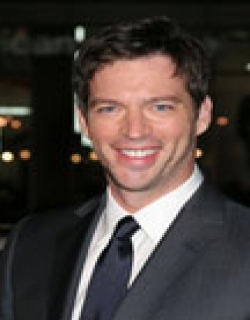 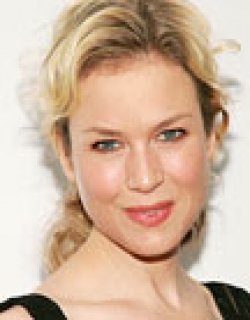 Reviews for New In Town

There's something about Renee Zellweger. Something sweet and so very disarming, she makes a run-of-the-mill rom-com watchable. Ever since stealing our hearts with her girl-next-do..

Urbanites often find it difficult to get out of their comfort zone which happens to be the city they live in. A city sucks peace out of your life and compensates for it by offerin..

Lucy Hill (Renee) is a career-oriented woman who's sent to the small town of New Ulm to spruce up a manufacturing plant. Thrown into an alien environment and people who don't wear..

A foot massage, cleaning out your cupboard, perhaps some alone time with bubble-wrap. These are just a few things you could be doing that I absolutely promise will give you more j..