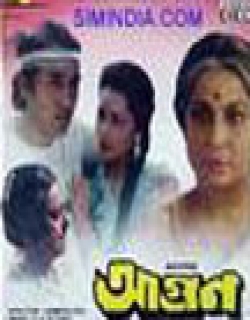 Agun is a 1988 Indian Bengali drama film released on 1988. The film is directed by Victor Banerjee.

Manasi, Pabitra Sen’s wife is killed by drugs in the hospital. Before her death, she has given her only son Raja to Mamata, her sister-in-law. Pabitra, a teacher, knocks the doors of police stations and other administrators for justice, but in vain. Gradually he gets involved with the crime racket of his wife’s death. Raja is being brought up by his aunt, Mamata and Dhritiman, Pabitras own brother. He calls them ‘Chhotoma’ and ‘Kaku’. Dhritiman, a rich businessman of Calcutta, tries to bring him up in a lavish style. But destiny has written something else for this little boy. His father is again assasinated by the drug-maffias in front of his eyes. He escapes and saves his life. His father drenched in blood, gives him his mother’s locket and a chain and makes him promises that he will take his revenge. Raja defines his life’s goal at that moment. He falls in love with Shikha his childhood friend. One day Raja finds his father’s diary which has the details of his father’s investigations and the list of the suspects involved with his mother's death. He comes to know about three men concerned with his parents' death. He gradually enters into the drug maffia racket and begins operations with Sadananda Dutta, a well known drug smuggler. Raja meets Rita, a girl in Sadanand's group and tells her the entire truth about Sadananda and his own unfortunate life. Rita, being impressed with Raja’s honesty promises him her good will. Taking information from her, Raja reaches Kaakdeep and destroys a ship loaded with brown sugar. When Sadananda comes to know about Rita and Raja’s friendship, he murders Rita. Raja then attacks Sadanand. Subsequently Raja kills all the men and finally comes to know that Dhritiman is the kingpin behind these rackets. Raja is stunned at this revelation. He comes home drunk. Now it is Dhritiman’s turn to speak out the truth. He tells his son the story of a poor boy and how the city changes his life, how humiliations and poverty turn him into a big boss of the drug smuggling racket. Finally he apologises, regrets and shoots himself with his own revolver. Shikha and Mamata, hearing the sound of fire, rush upstairs. In his final words, he asks his son to take care of his family.

Check out this page for more updates on Agun. 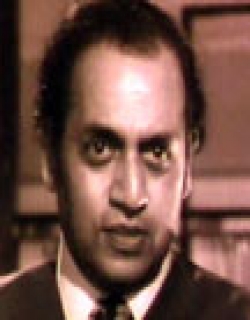 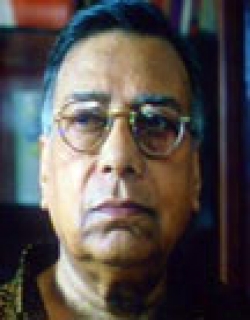 This page provides latest and updated information about Agun (1988) movie which released on 1988. Agun (1988) is directed by , produced by , starring .We have also provided 0 trailers and videos, 2 photos, 0 user reviews, and 0 critic reviews.You can review, like, dislike this movie and also can add to favorites. You can also find information on showtimes, CDs, DVDs, online rental, online free watching.