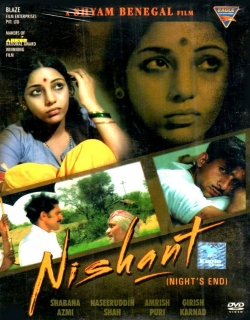 Vishwam (Naseeruddin Shah) is the youngest son of the powerful, and influential village Zamindar (Amrish Puri). The Zamindar will not hesitate to do anything for the welfare and protection of his family, which also includes bending the law to his own advantage. Vishwam is married to Rukmani (Smita Patil), and unlike his brothers, does not indulge in alcohol or women, nor does he have any bad habits. Then the village gets a new schoolmaster (Girish Karnad), who has a wife, Sushilla (Shabana Azmi). When Vishwam sees for the first time, he is unable to take his off of her, and unable to get her out of his mind. Sushilla does not reciprocate his attentions. Then one night, while the schoolmaster is returning home, he sees a vehicle pull up outside his house, and two men grab Sushilla and take her forcibly. Several people are present no one dares to raise a hand nor even a voice to stop this abduction. What will the schoolmaster do to get his wife back, knowling fully well that the Police patel (Kulbhushan Kharbanda) is one of the Zamindar's men.

A successor to "Ankur", the film gives a fictionalised account based on an incident which occured in a village of Andhra Pradesh. It tells of a village dominated by a wealthy and powerful zamindar family consisting of four brothers and how the newly arrived school master whose young wife had been kidnapped by them, builds up a campaign against the zamindar, culminating into an uprising, resulting in the destruction of the zamindar brothers. Check out this page for more updates on Nishant. 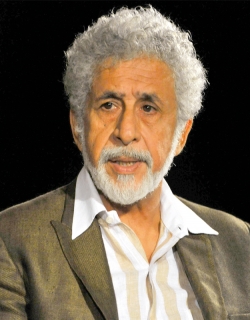