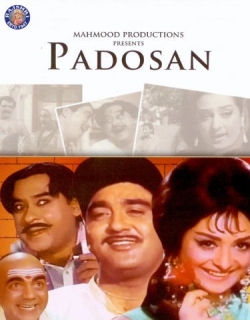 A simpleton named Bhola (Sunil Dutt) falls in love with his neighbor Bindu (Saira Banu). To impress her he wants to sing to her. However, he isn't a good singer and so seeks the help of his friend, Guru (Kishore Kumar). Guru, a famous singer, agrees to help his friend. To impress Bindu, Guru sings in the background and Bhola mouths the words. Bindu is charmed by what she thinks is Bhola's singing. They become friends and fall in love. Bindu has a music teacher named Master Pillai/Masterji (Mehmood) who is also in love with her and keeps proposing to her. Bindu loves Bhola and hence refuses Masterji.

One day Bindu finds out about Bhola's lie. She is very upset and refuses to meet Bhola. In a rage, she decides to marry Masterji instead. They both prepare for the wedding, while Bhola thinks of a way to get Bindu back.

On the wedding day, Guru gets an idea. He makes Bhola pretend to have committed suicide. He puts a fake suicide note next to Bhola. Bhola has a noose around his neck and a chair next to him. Guru goes and tells the news to Bindu. She is shocked. She leaves her wedding altar and runs to Bhola. She reads the note and starts to repent. Bindu then tries to wake Bhola up. Bhola wakes up and Bindu is delighted. She tells Masterji that she wants to marry Bhola and he agrees. Bhola and Bindu get married.

Slapstick musical comedy in which the innocent Bhola (Dutt) gives up his commitment to celibacy when he falls for sexy neighbour Bindu (Saira Banu). His rivals in love are his own uncle (Prakash) and Bindus traditionalist Carnatic music teacher (Mehmood). He however, wins his girl with the assistance of the crooked guru (K.Kumar), when he serenades her useing the guru for a musical playback. The high point of the film is a zany take-off on the jubalbandi (musical contest) between the guru and the Carnatic musician (Ek chatur naar karke singaar, sung by Manna Dey and Kumar). The original Bengali story had previously been filmed by Sudhir Mukherjee (Pasher Bari, 1952) and by C.Pullaiah (Pakkinti Ammayi, 1953). [Source: Encl] Check out this page for more updates on Padosan. 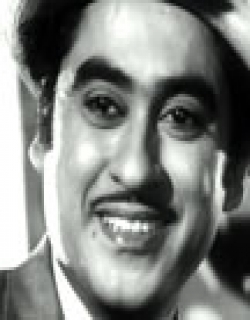 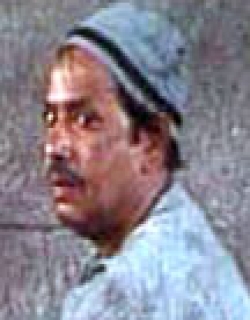 This page provides latest and updated information about Padosan (1968) movie which released on Jan 01, 1968. Padosan (1968) is directed by , produced by , starring .We have also provided 2 trailers and videos, 4 photos, 31 user reviews, and 0 critic reviews.Padosan (1968) has received 3.7 rating from user reviews.The overall rating of Padosan (1968) is 73 and movie is 3.7.You can review, like, dislike this movie and also can add to favorites. You can also find information on showtimes, CDs, DVDs, online rental, online free watching.