Paromitar Ekdin is a 2000 Indian Bengali family film released on 2000. The film is directed by Aparna Sen, produced by Rajesh Agarwal.

The film highlights the relationship between a mother-in-law and daughter-in-law. Sanaka (Aparna Sen) and her daughter-in-law, Paromita (Rituparna Sengupta) share a strong bond together. But when Paromita's marriage to Sanaka's son breaks down, social mores prevent the women from remaining close friends.

This Aparna Sen classic revolves around the bitter-sweet relationship between Sanaka and her daughter-in-law Paromita.The relation, which started as other mother-in-law and daughter-in-law relationship grows as a special strong mental bond. Later,Paromita leaves the house and remarries a non Bengali film director, but that very bond pulls her again in the time of Sanaka's sickness. And after her death, Paromita connects herself with those memories of Sanaka , this is where the film begins. This is the day of "Shraddha"(Rituals after death)of Sanaka.Paromita comes and sits with other mourners and recollets her memories. Paromita wedded with Biresh, the younger son of Sanaka and Promothesh. In this north Calcutta haveli, Paromita started her journey ot adapt herseft with the culture still unknown ot her.But her luck didn't favour her, She gave birth to a male child with a disease of cerebral palsy, a spasitc child. This incident makes Paromita's day miserable,as Biresh started to blame her for it. For the first time,Sanaka stands besides Paromita. Sanaka's younger daughter Khuku was mentally challenged. From this day,Paromita's husband kept a mental and phyiscal distance from her. Between Paromita Sanaka and a proper friendship begins,which lasts till Sanka's death. Paromita mets with Rajesh Sribastav in a spasitc school, where she went with her son and Sanaka. Rajesh starts to love Babul and feel for Paromita, which Sanaka sees but does allow because she also had a lover, Moni, now an old man, who comes regularly to her house. Rajesh offers a job to Paromita and she agrees. But Bablu dies soon,and her agony crossed all limits. Sanaka consoles her keeping her own agony in secret.The news of divorce between Paromita and Biresh came as a great shock to Sanaka. She requested Paromita not to go..Paromita leaves the north Calcutta house for ever and marries Rajesh. She re-entered here in the time of Sanaka's sickness ot look after her. The new wife of Biresh, a nurse and other female relatives couldn't nurse properly. .Sanaka dies, but she got Paromita's love and care before her death.Time goes on,today is the "Shraddha"of Sanaka. Paromita and Moni leave early, because they are the most unwanted guest of the day.Moni gives his blessing to Paromita. Inside the car, Paromita feels the baby in her womb is moving .The circle is completed.

Check out this page for more updates on Paromitar Ekdin. 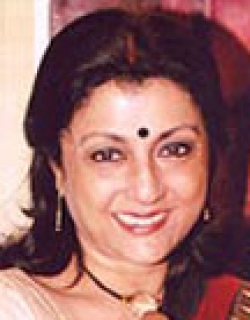 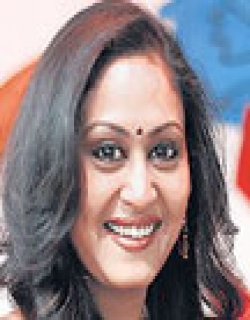